Our planned transportation today, a coach, did not leave Cowell until 10:40 am and it was only 10 minutes to cycle to the coach stop on the main road. This gave us plenty of time to pack up, we needed some extra time as last night we encountered the perils of pitching your tent under a favourite roosting spot for the local bird population. So a well cleaned tent later (our tent is now the luckiest in the world, and for all you PE teachers out there an explanation, it is supposed to be lucky if a bird poops on you) we had time to take a quick look at the tv, and would you believe it SBS (a tv channel) were repeating the England match, we managed to see up to the second goal.

After a short cycle to the stop, the bikes lost their front wheels (must be removed to travel on a coach) and the saddle dropped to its lowest height. The bikes then easily slotted into the luggage compartment of a standard coach. 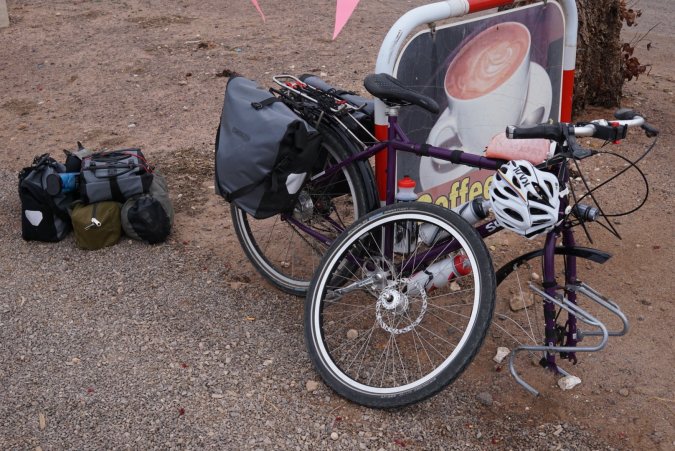 All ready to go 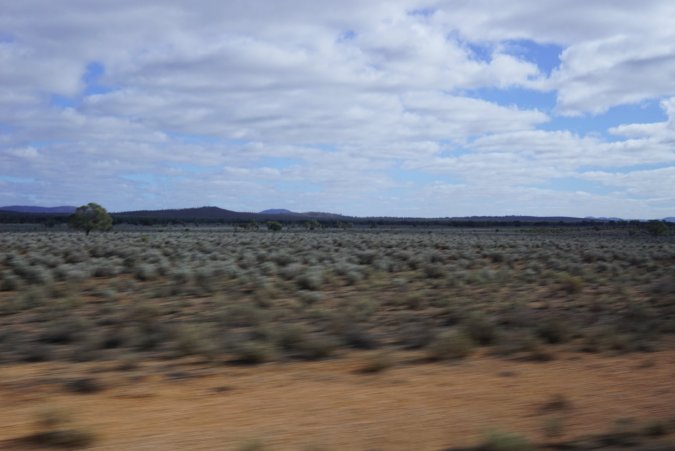 The blurriness of rapidly traveling 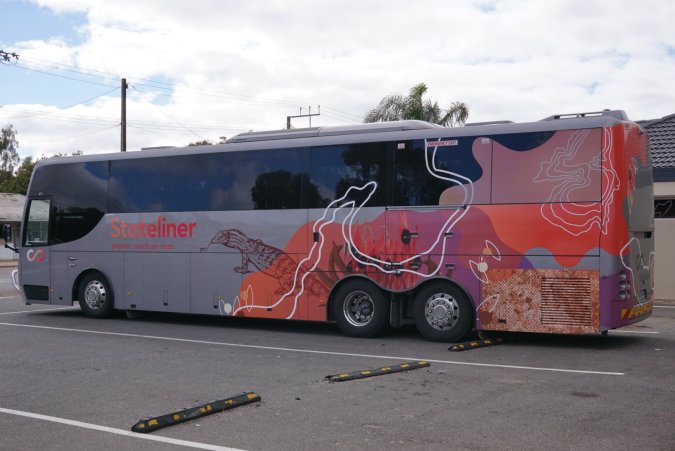 Faster than a speeding cyclist

We then had a very easy 100 km journey to Whyalla the next stop, then a further 75 km to Port Augusta, here we alighted from the coach reassembled the bikes then cycled to a supermarket to pick up a couple of things for later.

A final 7 km out of Port Augusta along a busy main road which for a change had a cycle lane marked! Then turned left to Stirling North where for $15 we stopped at the caravan park there. Everyone here was very friendly and helpful, a nice relaxing place to stay, facilities are basic but clean. In fact some people were turned away as the site was full, it is the start of 2 weeks school holidays here so everywhere will be a little busier for a while. 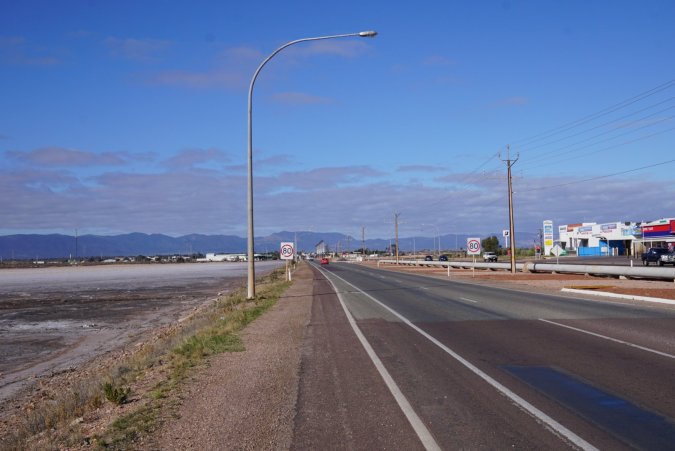 An eagerly anticipated visit to buy some wine was thwarted as the local hotel had closed down! A cup of tea it is then.

As usual night came quickly with an almost audible thud, where we had a well deserved rest having cycled around 8 km today!!