We were very sad to be leaving Lana and Peter’s, they have been so kind and we will miss them, but it is time to continue our travels. 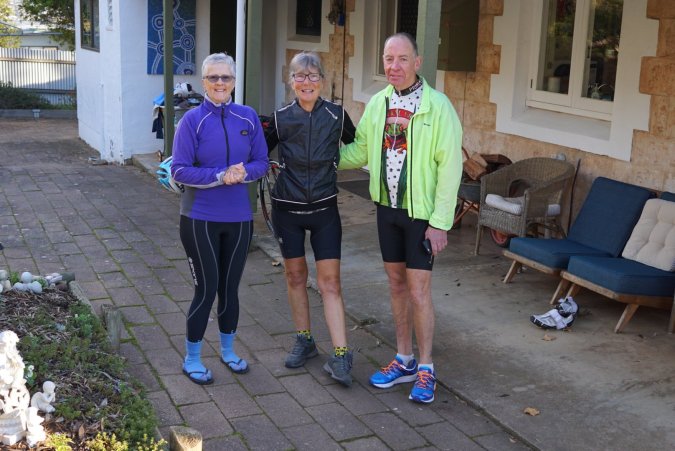 After the farewell it was one final check at the post office in town, but our package is not to be seen. I am sure we will be reunited with it eventually!

Out of Port Lincoln it was straight in to a headwind blowing up to 35 km/h, once the tree cover vanished it was very tough going with just wide open fields offering no resistance to the northerly wind. The only slight plus point is that north winds are warmer. 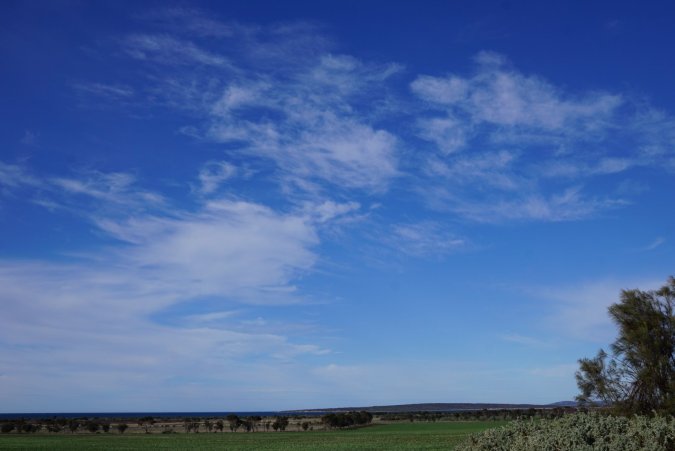 This entire section of road was the busiest one we have travelled on for a long time, in particular there were a lot of road trains (it felt more than we saw on the Nullarbor). With such a strong wind it did need care, plenty of wobbling was going on! Our 15 km/h initial speed soon dropped to a mere 8km/h.

Tumby Jetty where you can dive to see sea dragons

35 km of this was quite wearing, then on our left trees and bushes started to appear, meaning the next 15 km was considerably easier. The final 3 km into Tumby Bay the wind was behind us. Tumby Bay is a lovely town, a beautiful sea front complete with cycle path. Sea dragons can be seen here http://www.australiangeographic.com.au/topics/wildlife/2012/06/the-mysterious-world-of-seadragons

Janet and Tumby Bay cycle path, the observant will notice a bucket more about that later

The caravan park is at the end of town, not cheap $34 a night. We put up the tent like a well oiled machine, then a quick shop and we even had time to fish for an hour. We did however have a pasta backup plan which we had to use after yet another fishing fail.

There was no fish in here!

Eating pasta whilst watching the world cup highlights, and getting excited for the England game which is in the early hours here.

Then after chomping through biscuits and crisps it was time to sleep.