We got up a little earlier (coldest night yet 4.4 degrees)  managing to leave by 8.40, having an overly sweet instant porridge and a poo in a hole (not at the same time though).

Then it was straight back on the Smith-Dorrian road, it was considerably quieter than out last sojourn along it. Surprisingly the surface was a little better so the riding easier and we made better time. 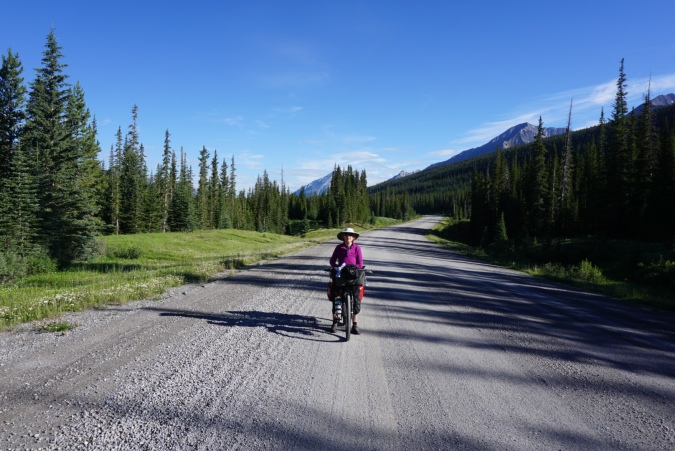 We rode up to 6200 feet where we had a lovely descent all the way down to the Kananaskies visitor centre where the track joins the highway. 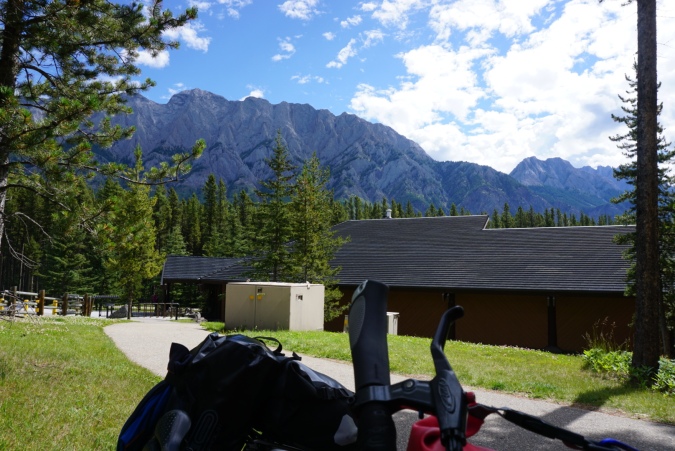 The long range views on this section were magnificent many of the peaks 9000 -10000 feet high with snow still on North facing slopes.
Unfortunately our planned route along paved cycleways was not possible, there was so much grizzly bear activity they have closed all the side trails to the public for safety reasons. 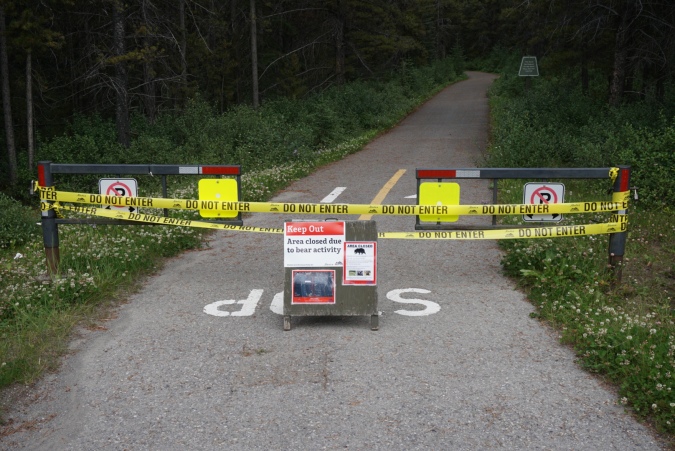 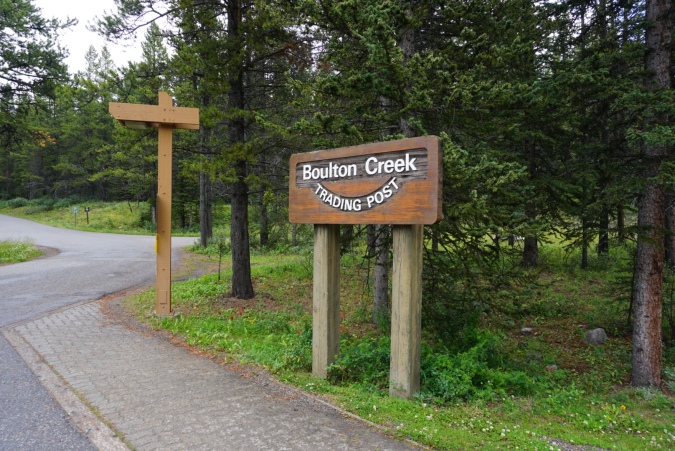 We were told that Mount Sarail Campground would be the best as it was on a first come first served basis, but it had no facilities. We could use the showers her though, 4 dollars later and we had 2 shiney tokens, all that remained was the half mile cycle up a hill to get to them, sigh. Only one minor trauma and a tantrum later (do not mention shower not working, nekked half mile from shop).
Once clean and lovely it was onwards to the ice cream, and mighty fine ice cream it was as well. 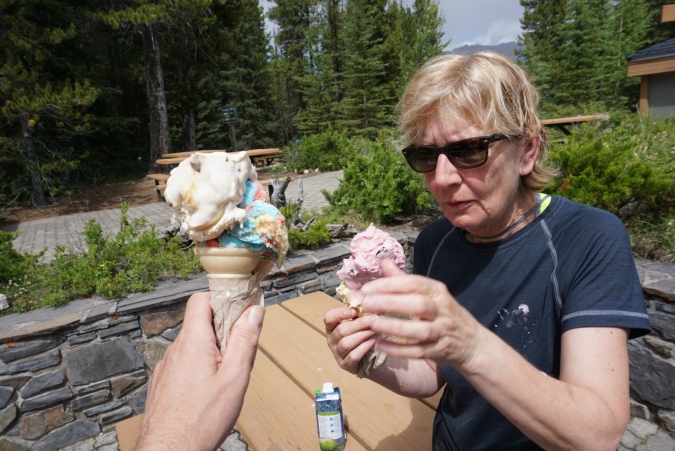 A couple of food purchases later and we were off to the campground. 2 miles cycled (24 today) and we came to a halt just before the campground entrance as there was a grizzly bear cub (but not small and cute, large and cute), feeding off a cyclist who go too close, no now I remember it was berries from a bush at the roadside. We swift entered the campground. 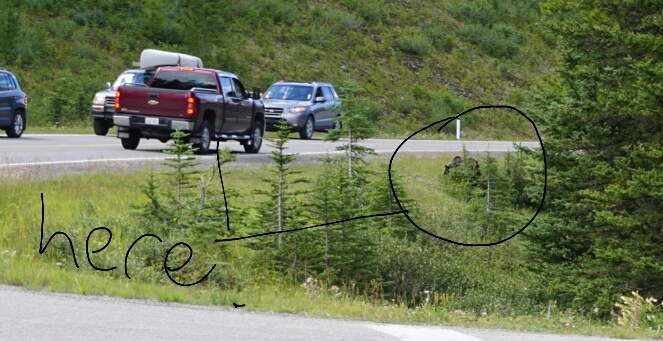 Talking to the camp manager (not effeminate!) He told us that the many bears were here eating the massive amounts of tourists (berries) available. And worse still due to the public holiday weekend there was no chance at all we would find camping anywhere, we shall see.

We met a couple who started in mexico and had almost finished, it took 3 months for them. Also a lone cyclist who had come from Colarado in 1 month but he was travelling very light (sleeping in a bag by the roadside light), neither experienced any real problems during their trips.

Did I mention the bites?  No then, about those biting insects they must be on steroids,  some went down to bone I think. They must drink repellant as an appetizer.