We carried our bicycles down a flight of stairs loaded them up and started by 9:30 am. Our bicycles have been carried up a few flights of stairs recently.

The short day of 33 kilometres retraced some of yesterday out of Pontian along the main road but we soon turned off onto our favourite small side roads. Along one of these a scooter rider stopped for a chat, his local mosque was just down the road so we followed him there where we sat in the shade drinking cool tea talking about lots of things. He was called Ideal and worked in IT.

Trying to look as though we know what we are doing, Ideal and Martin

Waving goodbye off we went, down a long new road.

Not too much further we got on to a small dirt road which bounced us along the up a very steep hill where it became tarmac again and then dirt once more as we descended. Our road stopped at a broken bridge, while we were mulling over what to do a local stopped and tried to give us advice which we didn’t really understand but we did see a scooter rider appear over on the other side so we followed where we thought he had gone. And there it was a bridge and narrow track back to our dirt road. 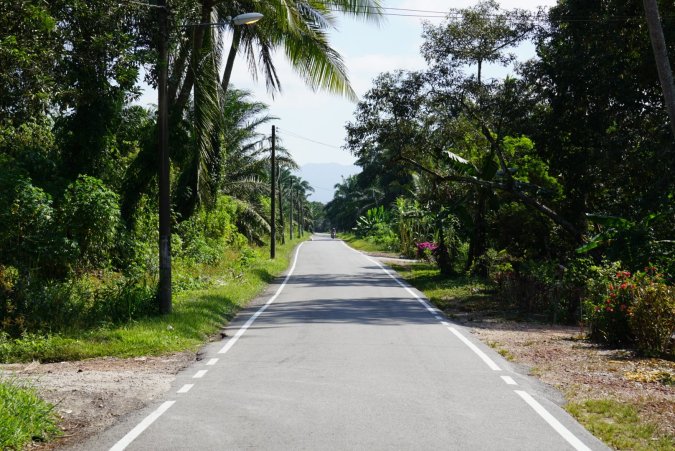 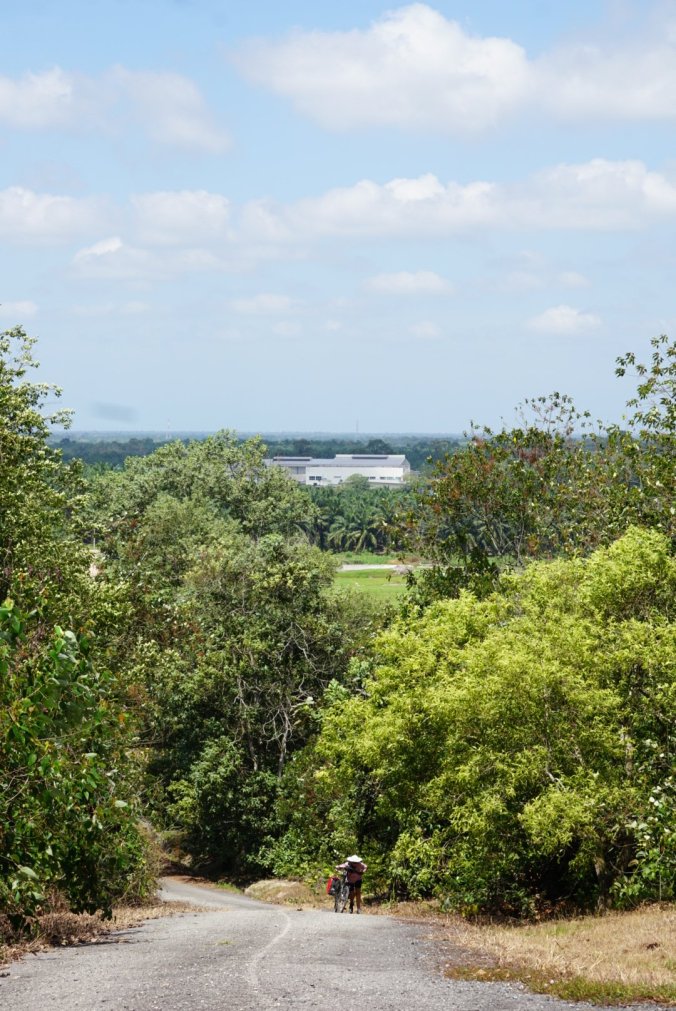 And a path wandering through a palm oil plantation

The road got wider and fire the first time in ages corrugations or washboarding (dependent on where you live) and we wobbled our way down here over a main road onto another track. This one went past a large very well kept Chinese graveyard before we got back on to the main road again. 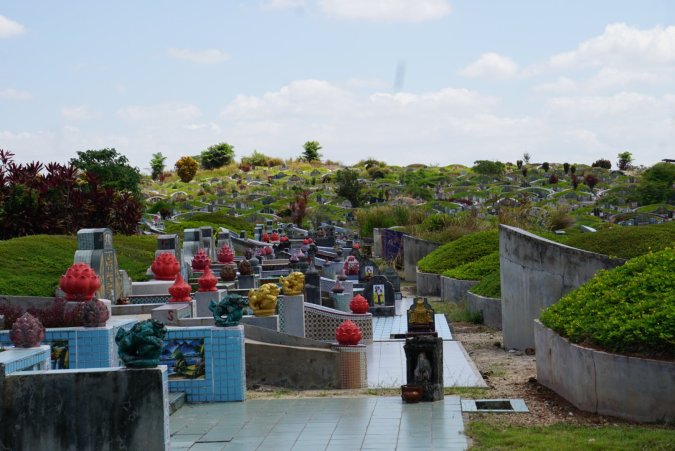 There were a few more hills before we entered town and booked in to our hotel the D’Elegance this is a very nice hotel, the best for a few days now. Even the food at the local restaurant was lovely here (RM14 including our cold tea drinks). 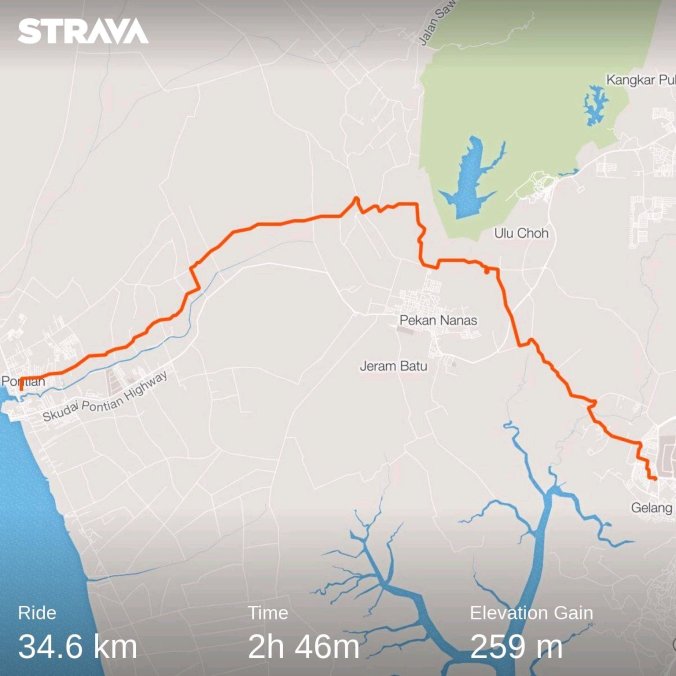