Having stared at the map for a long time, the only way onwards was very small back roads just a dotted line on the map or highway 1. It was off on the small side roads then, we managed to stick to the route for 1.5 kilometres before we met a road closed.

We detoured away from it got back on track only to meet track closed, after a further two detours we were back on track then the track just stopped. At this point a little fed up of making no progress we just headed down to highway 1. This is a very busy main road but does have a good shoulder to cycle down and is flat, good for making quick progress.

This ended in a large hole dug across the track

There were two graveyards we passed one Christian the other Chinese.

After 10 km there was an opportunity to rejoin the route as originally planned, even though it was on the smaller side roads there was no shoulder so cars and lorries couldn’t pass easily so we wouldn’t say this was any better cycling than the main road. Plus we had to make another detour due to a road being blocked off!

One of a number of times we crossed the railway today

We were passed by three mountain bike riders who chatted a little before they charged on.

So we finished the day on highway 1, stopping at K Garden Hotel, a very nice room clean and reasonably well maintained.

A rice and noodle meal finished the day and we treated ourselves to a beer (nearly £3 a can, very expensive here). 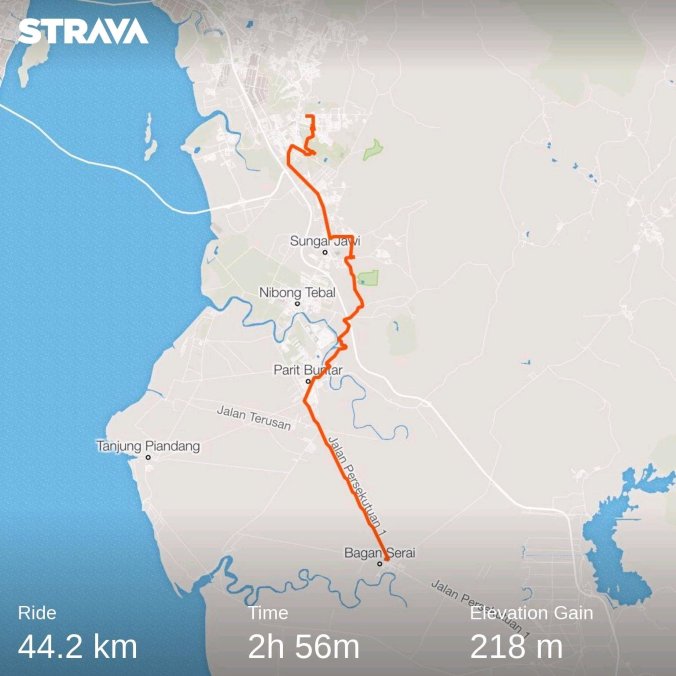