Today is going to be a touristy day, probably the most touristy day of our trip. After our breakfast we walked to the end of the street where the Bangkok Sky Train station is (Nana), we purchased two day tickets (120 bhat) as we are using it later as well.

You have really nice views from the elevated position of the stations, you now know why it is called the Sky Train. It is a raised rail train running above the roads, opened in 1999. Once in the trains, full to almost bursting, you are at least in an airconditioned box. We made one change then got off at the river pier.

The pier system operates several boat types with different coloured flags, the blue flag boat is the tourist boat, we got a hop on hop off day ticket (180 bhat) then …. hopped on right to the end. As we went upstream on the Chao Phraya River we passed some of Bangkok’s iconic buildings, temples and palaces.

Below are an assortment of views from the river. 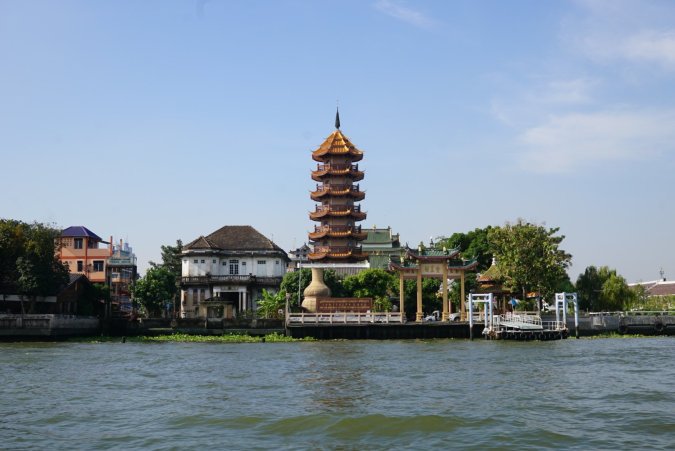 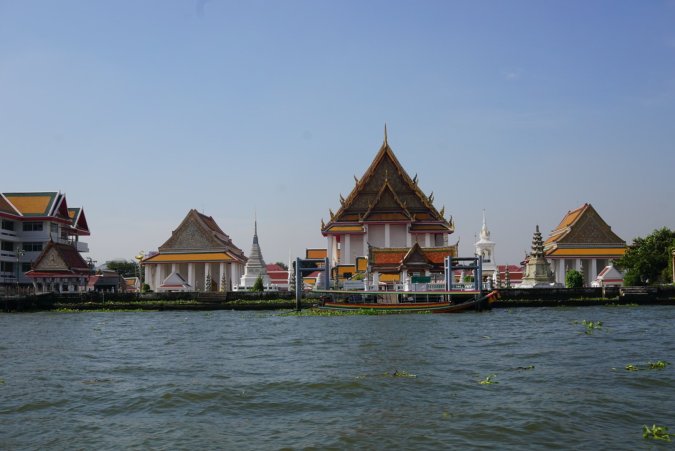 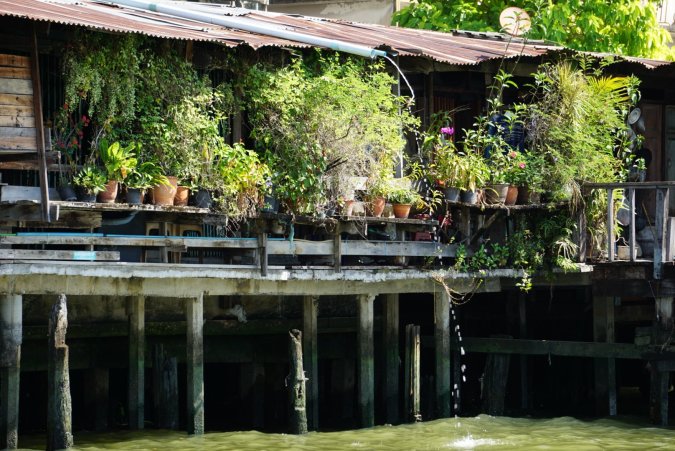 We did get off with the intention of visiting the Grand Palace, where from 1782 to 1925 it was the official residence of the kings of Siam and Thailand but around a million (disclaimer this is only an estimate, the actual number may be considerably less) Chinese coach trippers had arrived, back to the boat we went.

Then we retraced our steps back to our hotel to cool down for a while before stepping out on the tourist trail again.

The sun drops from the Sky Train station

Tonight we were going on a nightime Tuk Tuk tour of Bangkok with a guide (see we have managed to be tourists). First stop was Klong San Market, a traditional market on the site of an old railway station where we walked around and sampled some different street food.

The pork sausage from here is lovely

From here it was on to Wat Prayoon, another temple, and then the “Giant Swing” this was constructed in 1784, where a Hindu Brahmin ceremony took place. It was here we saw the full name of Bangkok!

The ceremonial full name of bangkok 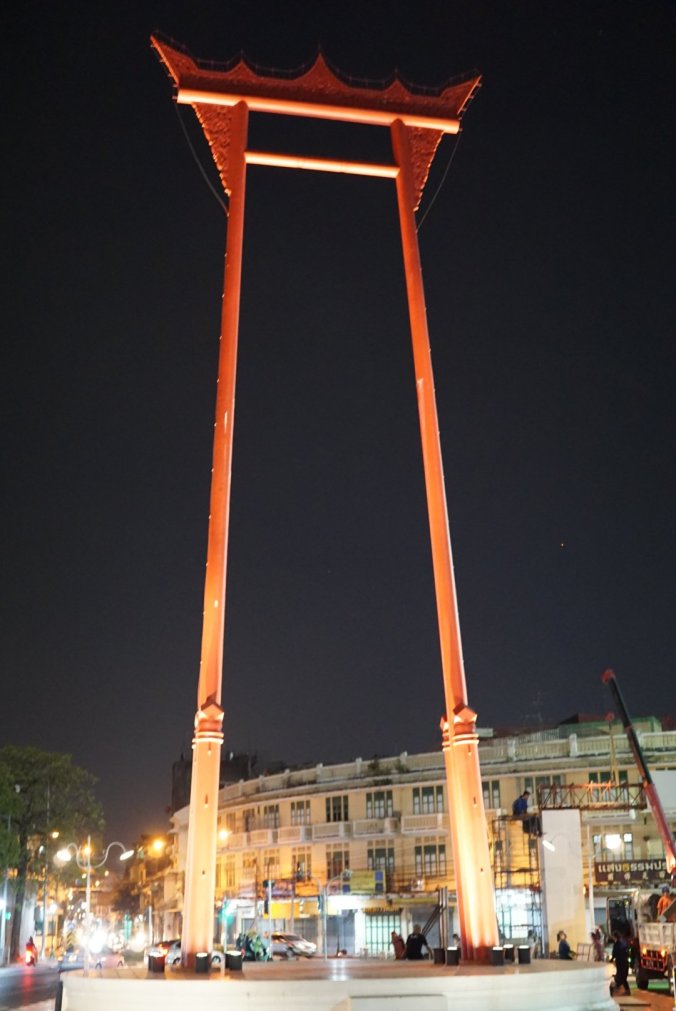 After this we went for a meal of traditional Pad Thai at “Thipsamai Pad Thai” there were huge queues which we leapfrogged for a lovely meal of sweet and spicy egg-wrapped combination of noodles, prawns and prawn-oil sauce with a glass of fresh orange juice. The good old BBC have even written about this restaurant HERE. 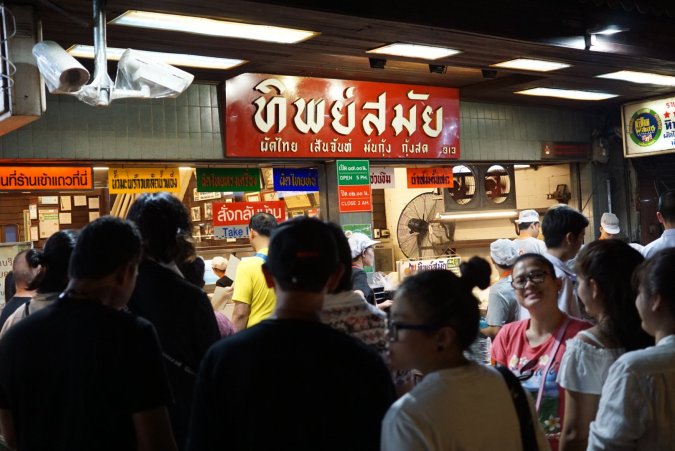 The restaurant is packed 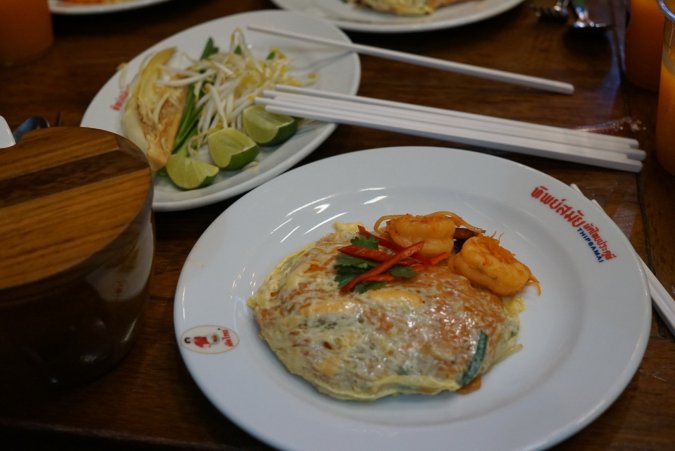 Another temple Wat Pho next, this is where the 75 metre long reclining Buddha is, unfortunately this part is not open at night.

Finally the Flower Market, the Thai use an amazing amount of flowers, it is open 24 hours a day. The scent is almost overpowering in certain parts. Here we are a mango, sticky sweet rice and coconut milk pudding and managed to fold a lotus flower to offer to Buddha at the market shrine.

Our Tuk Tuk driver then took us a breakneck ride back to our hotel ending the day.

We were warned about one particular Tuk Tuk driver, avoid at all costs