More bridges and more islands was the order for the day. First though it was dry off the tent as from around 1.00 am until 8.00 am it poured with rain, the first sustained rain our little tent had been in and there were a couple of drips it looks like some water is seeping through a seam. A warm dry day and that can be fixed but it isn’t an issue. 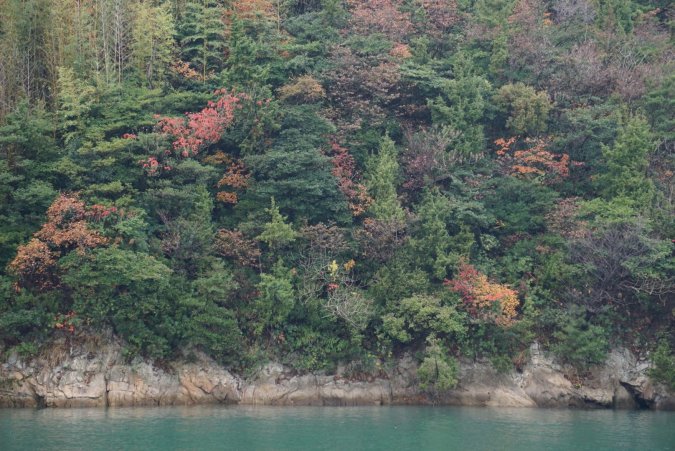 Early morning view out of the tent 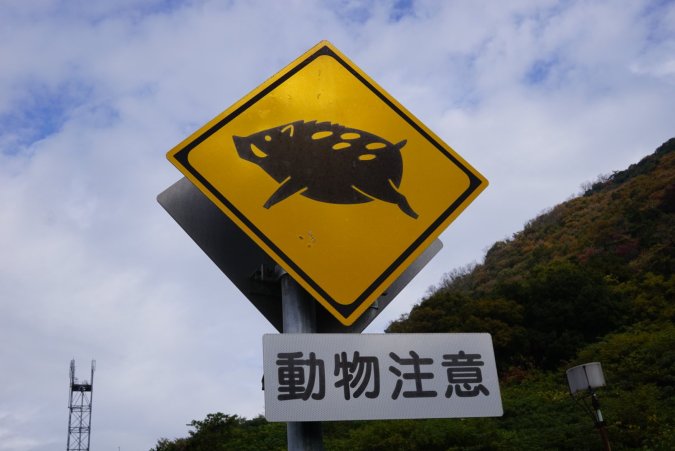 Beware of some kind of animal, the sign frightened us anyway

At 9.30 am we started, today we only intend a short 35 km day to a campground just before the bridge on to the last island. 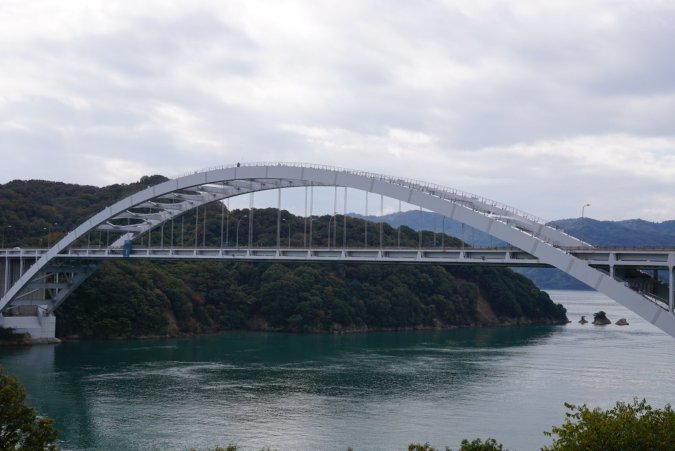 It was a climb back up to the bridge, remember we are on the no car Michika Island, to cycle across the other half then drop onto Hakata Island.

Immediately we passed the Dolphin Farm Autocamping site, no closed for the winter, you could see several dolphins in small pens, we cycled on with a feeling of wrongness (is this a real word?) to keep intelligent animals confined like that.

Very quickly we were climbing up to our next bridge and on to Omishima Island, but again a short section before another bridge over to Ikuchi Island.

Ikuchi Island seemed to have dozens of shipyards all very busy building ….. wait for it ….. ships, lots of industry. Coming the opposite was we think must have been a school cycling trip as quite literally hundreds of children on bicycles came past, almost a bicycle jam.

The last of the students pass us

One of many ships being built

Here is a ship in kit form, you want to see the assembly manual!

There is a very good buddist temple here Kousanji we looked from the outside but it was too expensive for us to go around. Just past this was a number of huge supermarkets so we stocked up ready for tonight’s camping.

Our last bridge of the day was across to Innoshima Island, again packed full of shipbuilding, by now there was a noticeable wind and it made everything very cold.

After a little searching we tracked down the campground but there was a huge landslip cutting it off so we would not be camping there tonight!

Washed out road = no camping

We backtracked to the nearest park and there was a caretaker in a small office and we asked to stay in his park which he was only too happy to let us do. He stopped a while and talked via pigeon English and Google Translate before he finished for the day at 3.00 pm.

Bridges and dinosaurs what more is there you could want?

Food and keeping warm were next along with blogging before a very warm sleeping bag beckoned.

Relaxed in the brief sunny spell 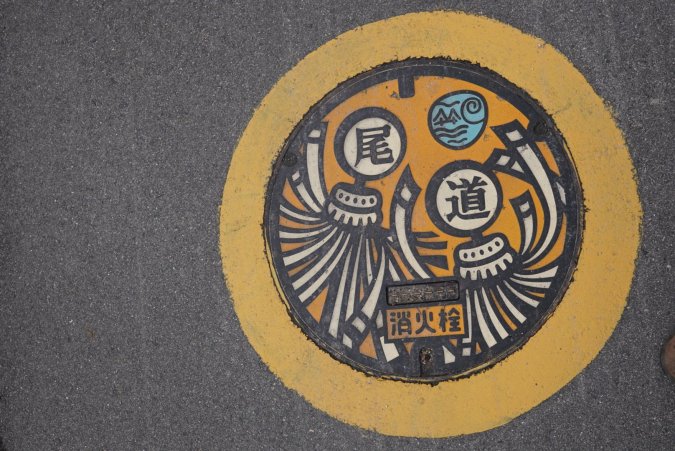