One smokey night later we went down to our included breakfast, it did include coffee and tea, along with a Japanese breakfast of miso soup, rice, several cooked vegetables and mackerel. We only went for the fish which was nice. 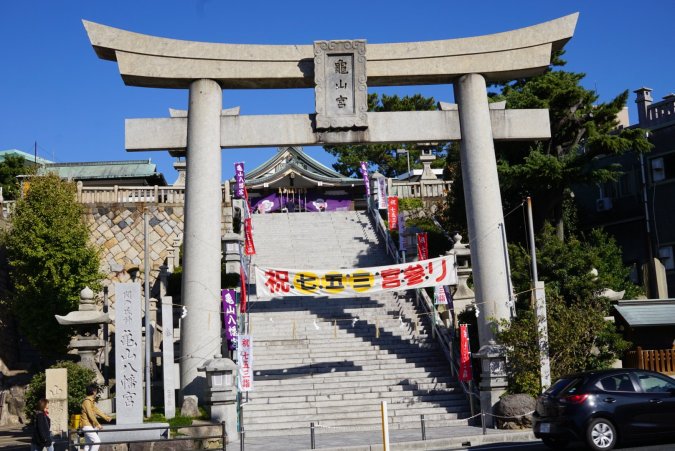 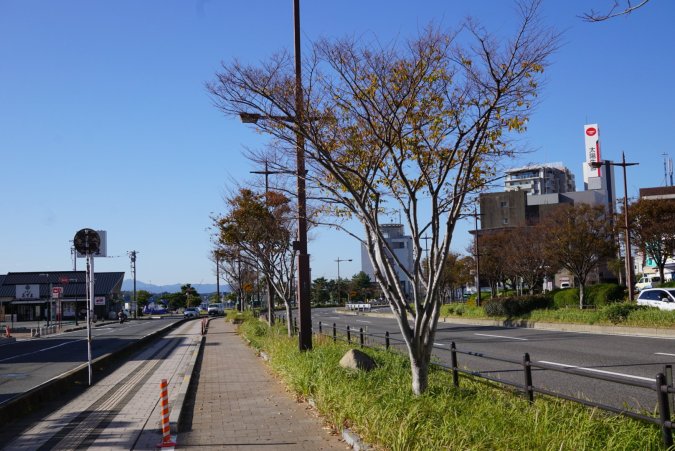 Cycle way out of Shimonoseki

Off we went picking up some cereal from the supermarket on the way, ready for any more breakfasts which are not really a breakfast for us.

Following the sea and bridges

As the cost of a hotel here is quite a lot, £60 a night for two, we will alternate with camping where possible, tonight it is camping night. Having disposed of our stove fuel for the ferry crossing the next thing to find was White Gas or Coleman Fuel. If you search for “Home Centre” with that well known search engine you get a list of DIY type stores. The second one we went into had Coleman Fuel cost ¥1000, now we are ready for cooking. 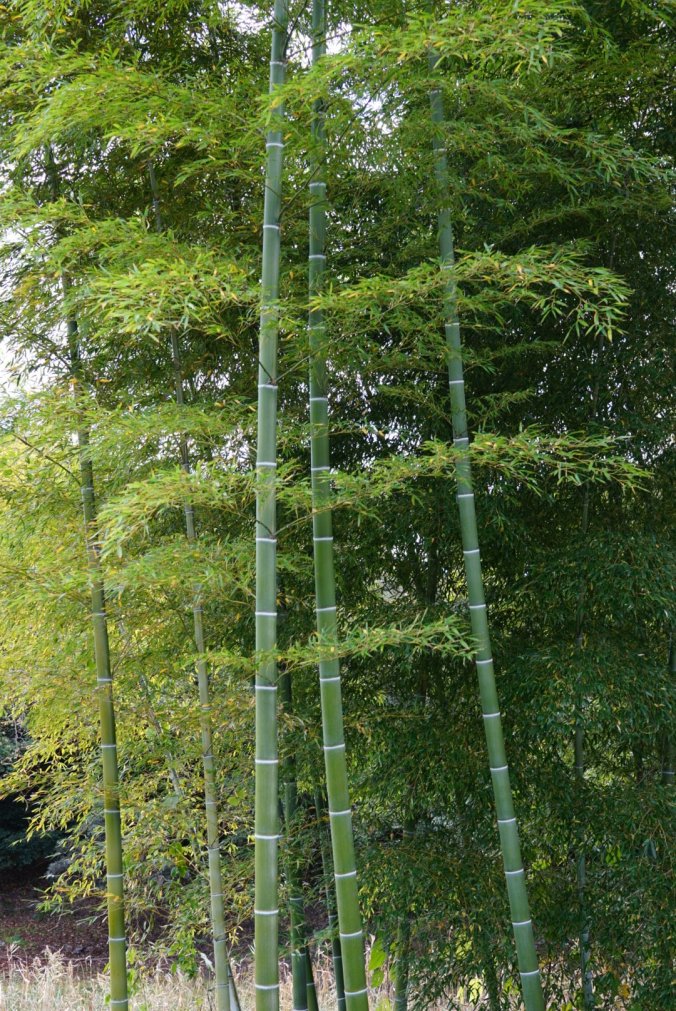 A huge stand of bamboo

The route follows the coast most of the way today, almost all the way was on cycle paths either dedicated ones or shared footpath ones, none of which are marked on the electronic maps we use! 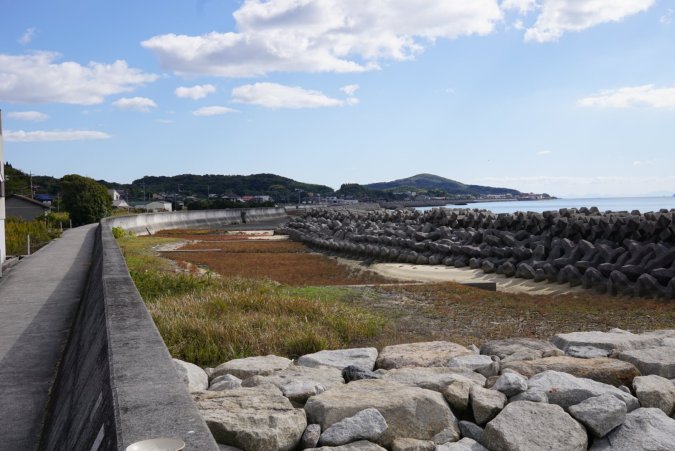 Sea defences which we cycled along

This made it a very nice cycle today, we did go onto some very small (one car wide) minor roads which again made for great cycling.

Manhole covers made another appearance.

There were some pretty substantial coastal defences as well, protection against tropical storms.

Just before our campsite we shopped picking up two “ready” meals which are cheap, fresh and taste lovely.

We booked in to the site even though it is free, we have it all to ourselves but it is winter though. On the subject of weather it was a very sunny and a warm 23°C all day, dropping down well in to single figures tonight though. 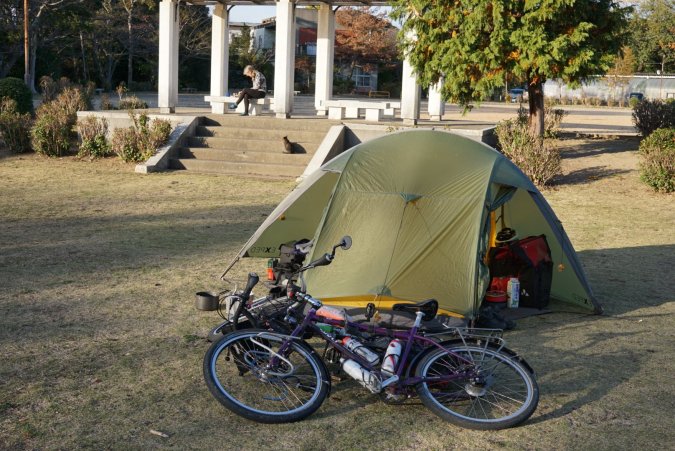 Right next to us is a large lake and gardens of Tokiwa Park.

It was dark by 5.40 pm so the days are not very long, enough for our cycling though.

Below are a few manhole covers seen today. 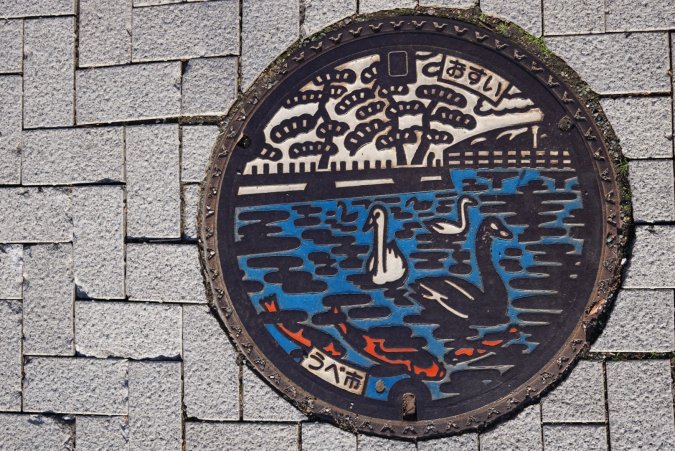 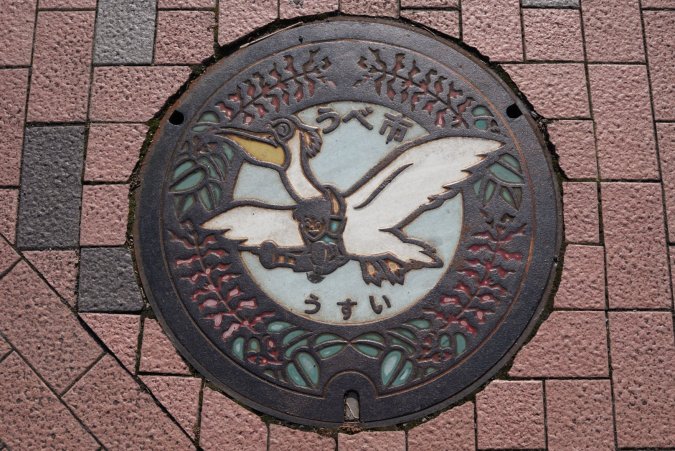