We had intended to shop before setting out today but the 10.00 am opening times for most shops thwarted this, instead it was time for more coffee until 9.30 am when we had a lift across the Yeongjongdaegyo Bridge to the mainland. 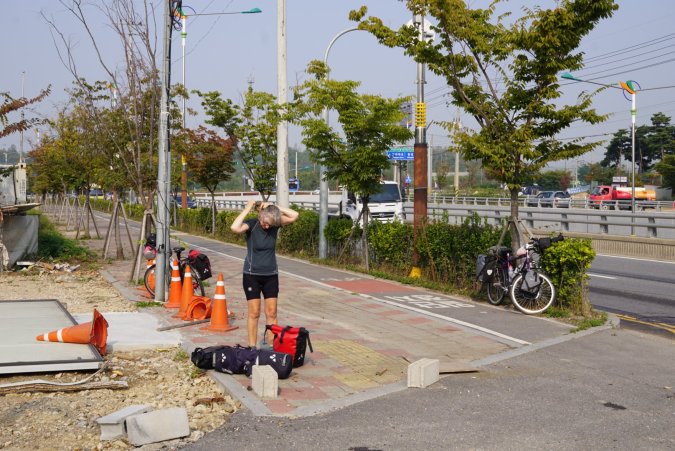 Almost ready for the off

From our roadside drop off it was a 3 km ride to Ara Observatory where the Four Rivers Cycle Path begins. 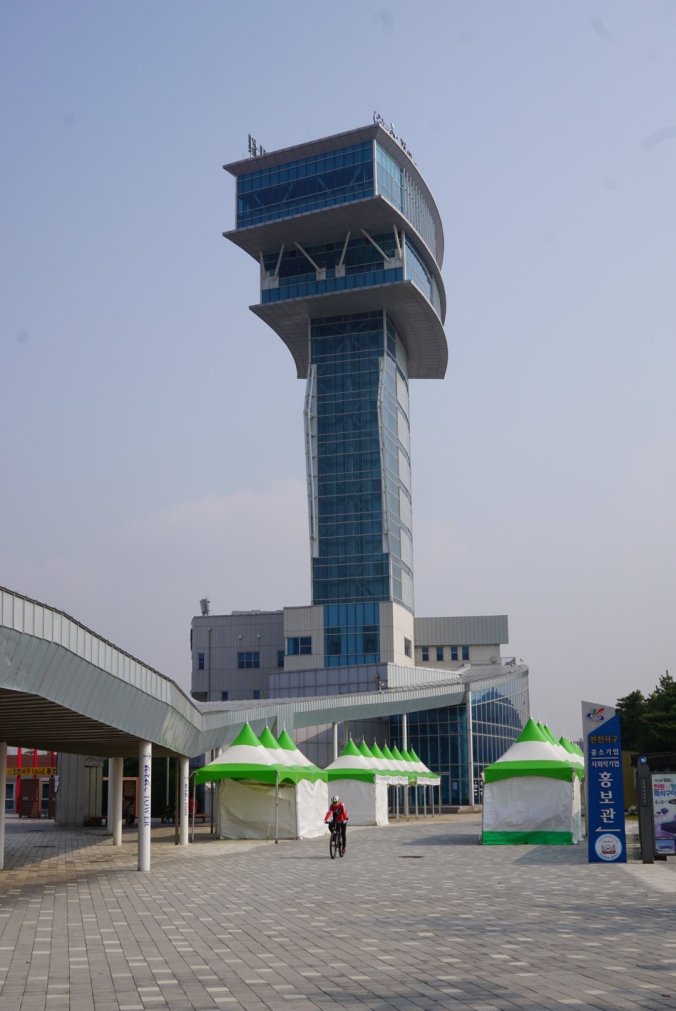 At the start first job is to purchase a Four Rivers Passport, this is a book which you fill with stamps as you cycle down the route. Guess what? … sold out! We did get the map and will be stamping this. 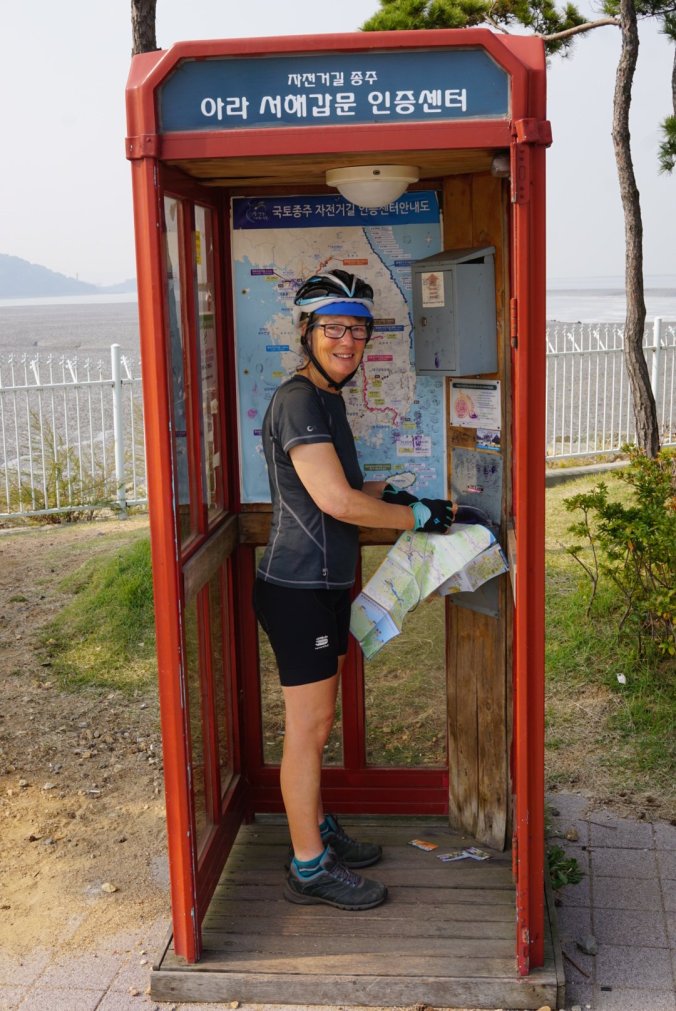 Janet in the stamping booth

There are red stamp booths at regular intervals throughout the route.

We were on our way then, the start has an elaborate archway you pass under then a rather nice two lane cycle way. 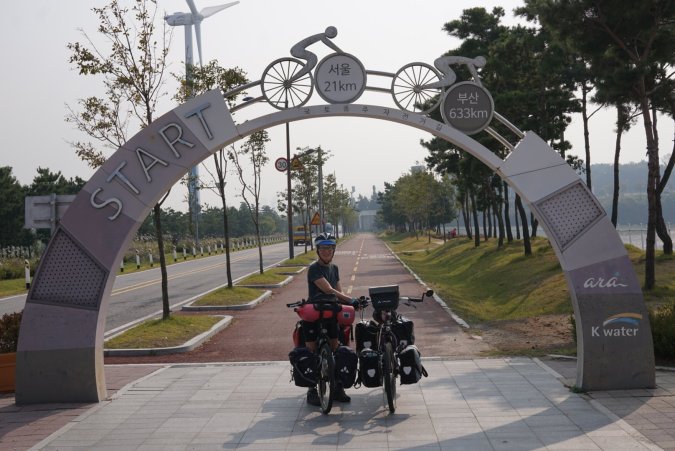 The first section of 25 km is along the Ara Waterway, a canal built in 2012 linking the Han River to the Yellow Sea. 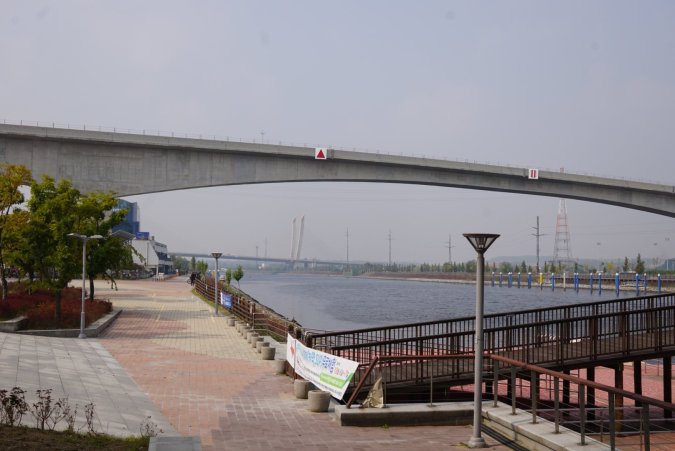 There were hundreds of other cyclists on the path, what was nice is seeing most taking the time to regularly stop at one of the dozens of stopping places. It does include a huge artificial waterfall, the Ara Waterfall. 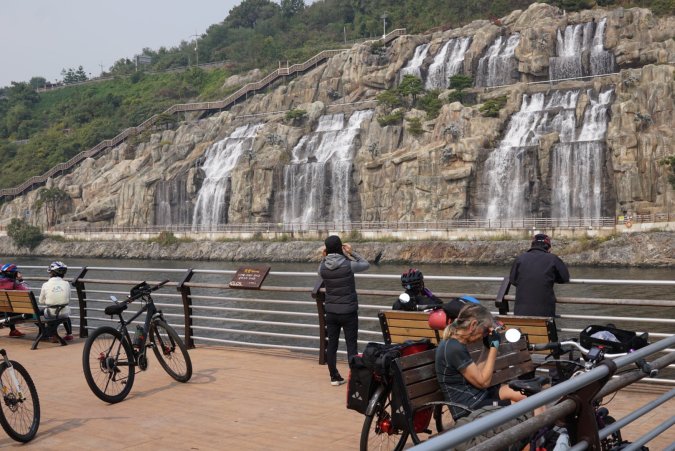 At lunch time we took a break ourselves at a small snack seller, noodle lunch today. Here there was also a trackside bicycle shop, again one of dozens we saw today just in case you need a repair along the way. 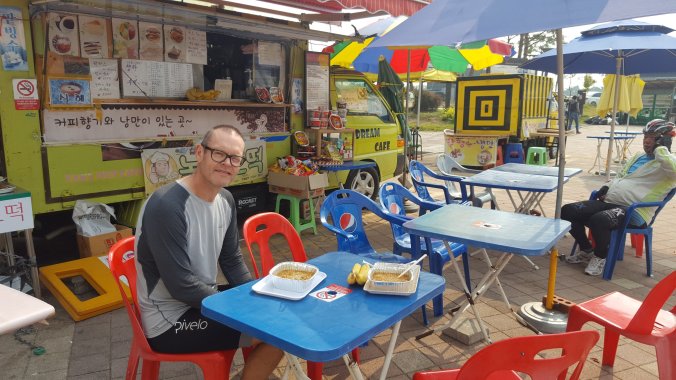 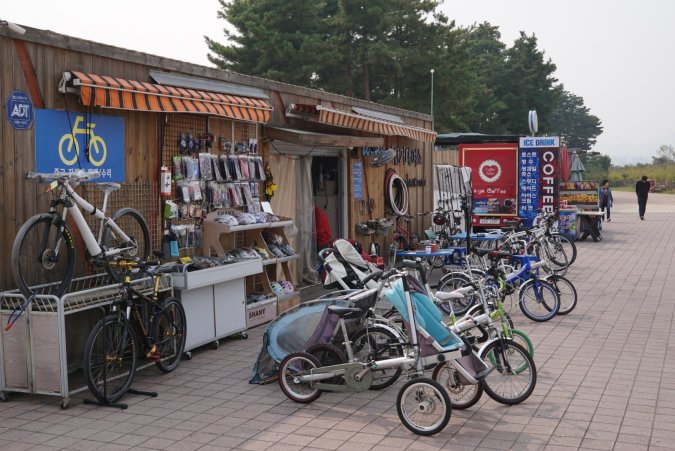 One of many repair stations

It was very noticeable that everyone stares at us, we think it is the panniers as no other bicycle have them on.

At the Yanghwadeagyo Bridge we left the Han River Cycleway using an unusual elevator to reach the road and the Monai Guest House where we are stopping. 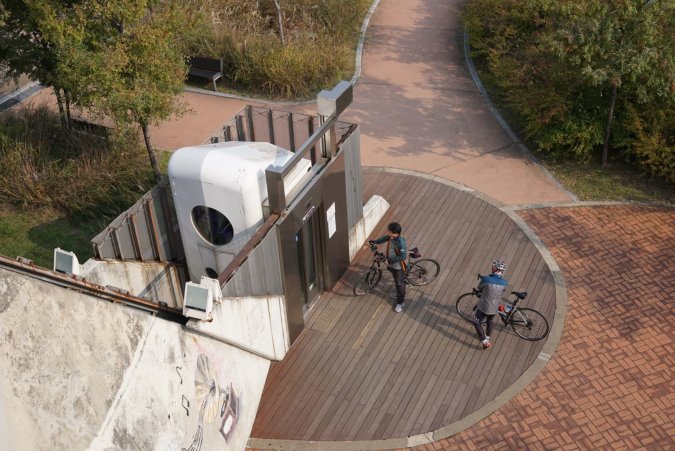 Two cyclists about to use the elevator

Once checked in it was time for a stroll out towards Dangsan Station for some food and a general look around. Tonight we had the fifth major food group for our evening meal, pizza.

The day was a great cycling introduction to Seoul, nice and easy, warm with plenty to see, what more can you want? 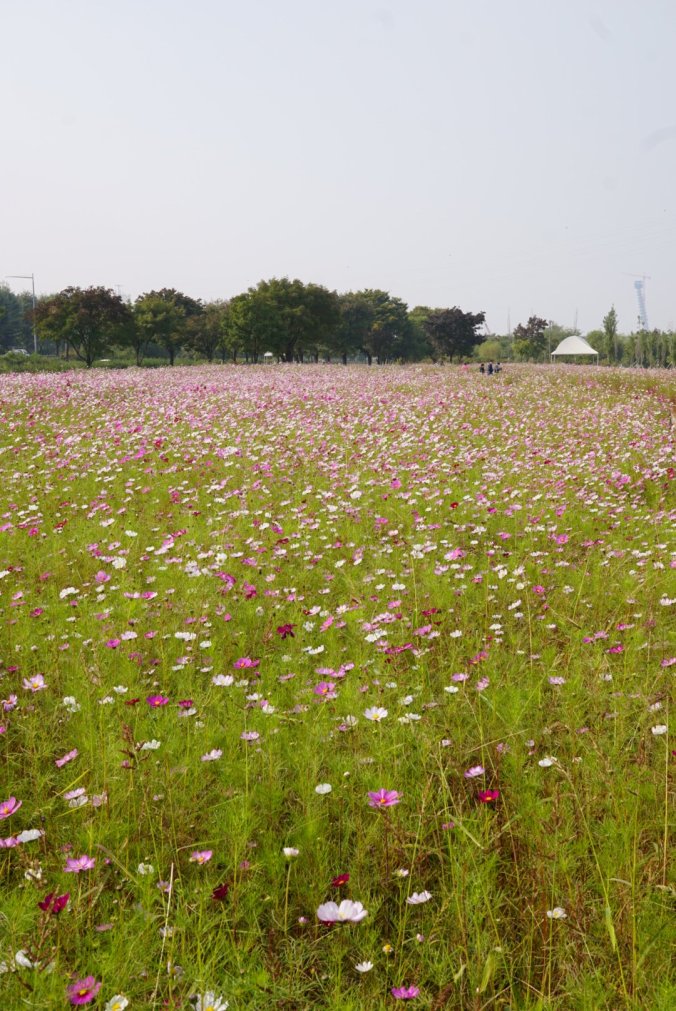 A field of cosmos we passed 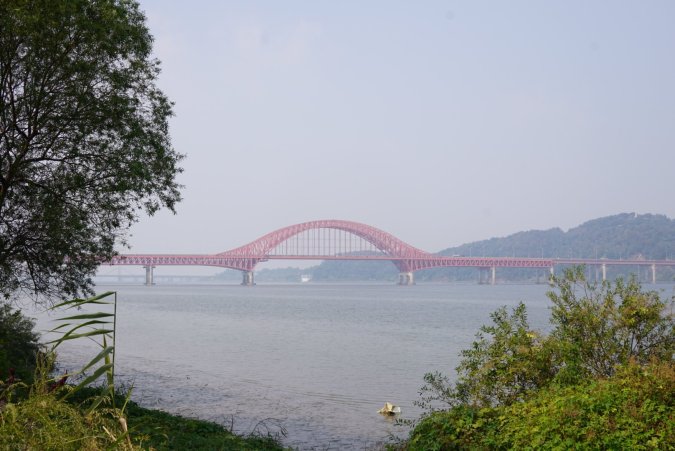 One of the many many impressive bridges over the Han River 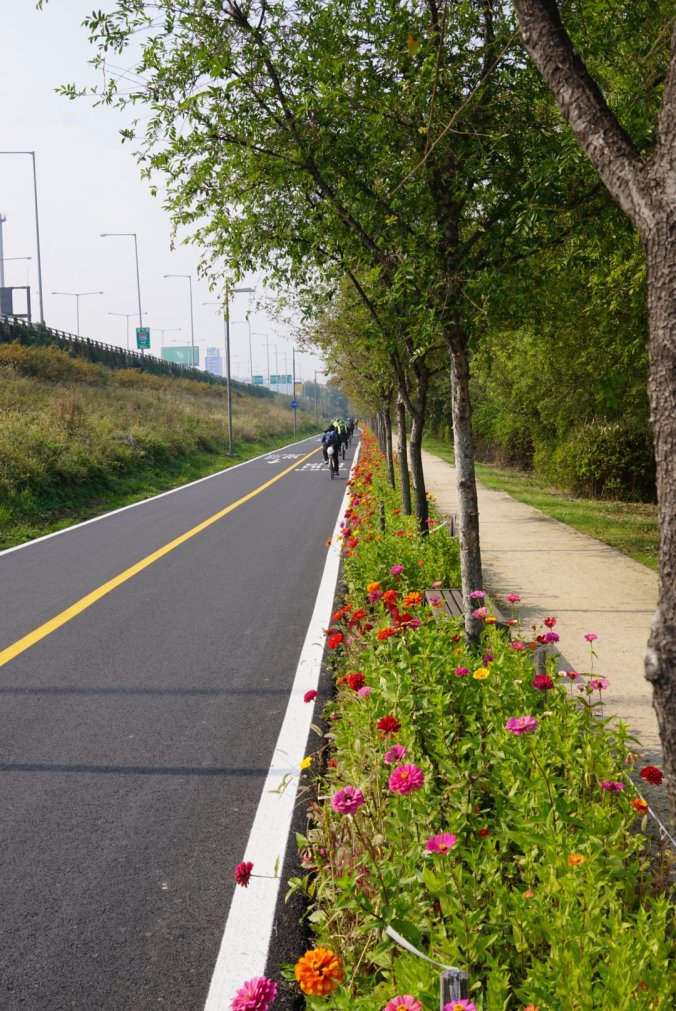 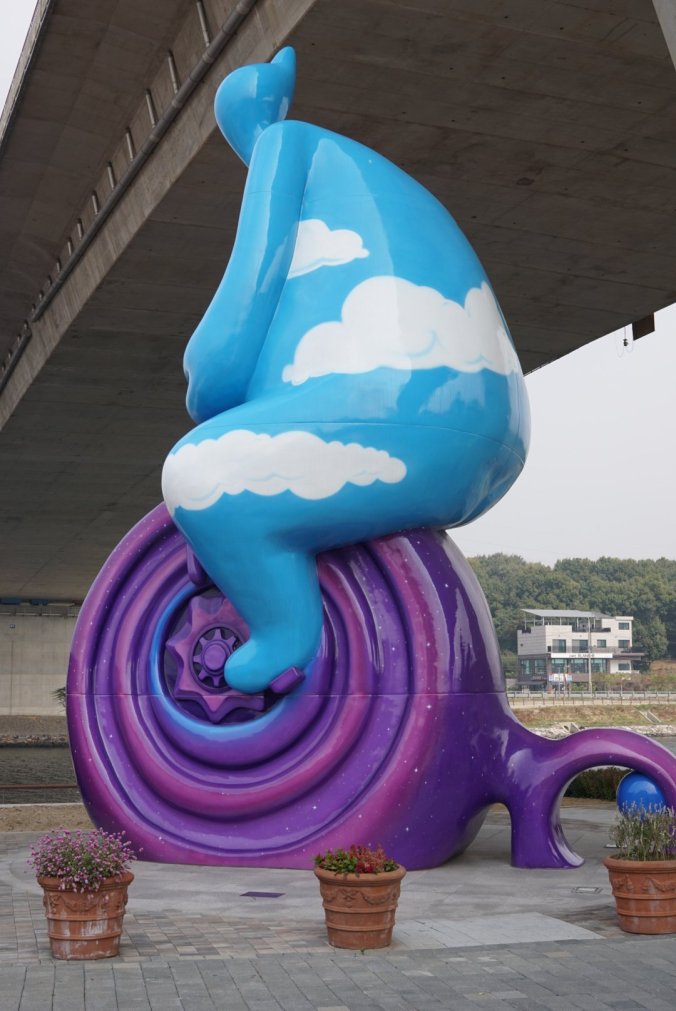 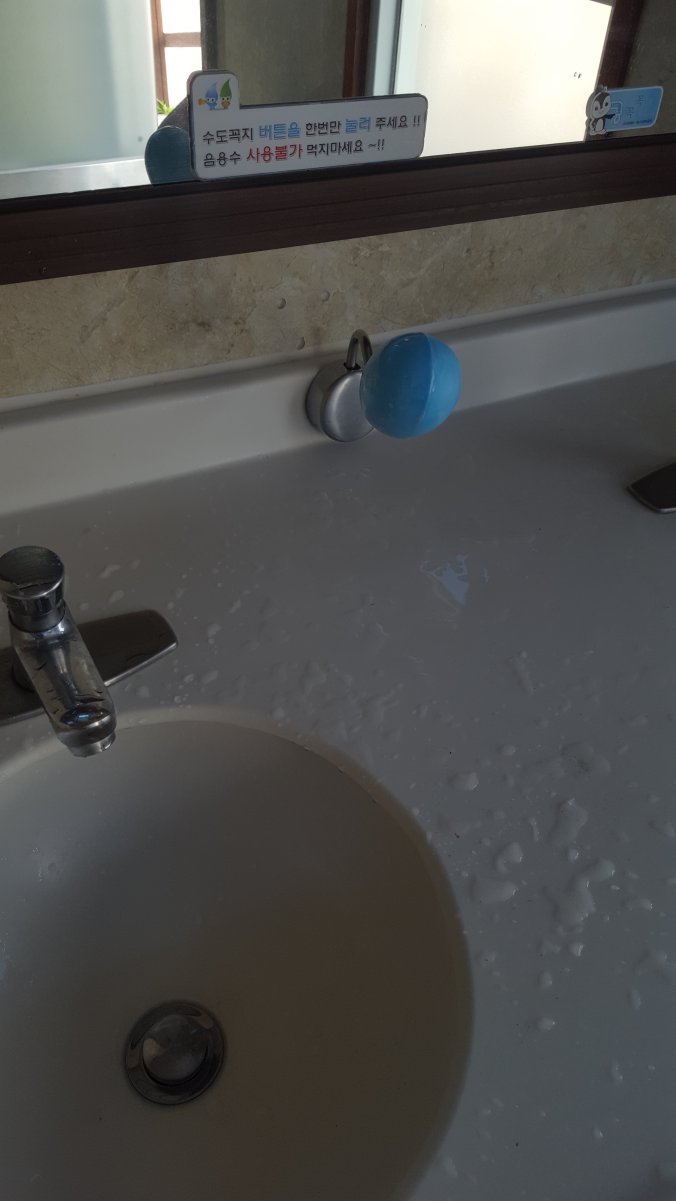 One thought on “Seoul along the river Monday 15th October”