We got up today and when the curtains were flung open shock of shocks outside was a sea of umbrellas, it was raining! The first rain since early this year. It was a good day to be travelling instead of sightseeing. 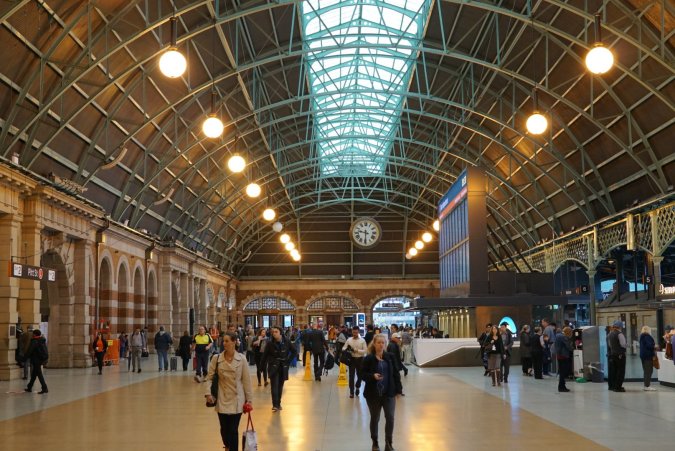 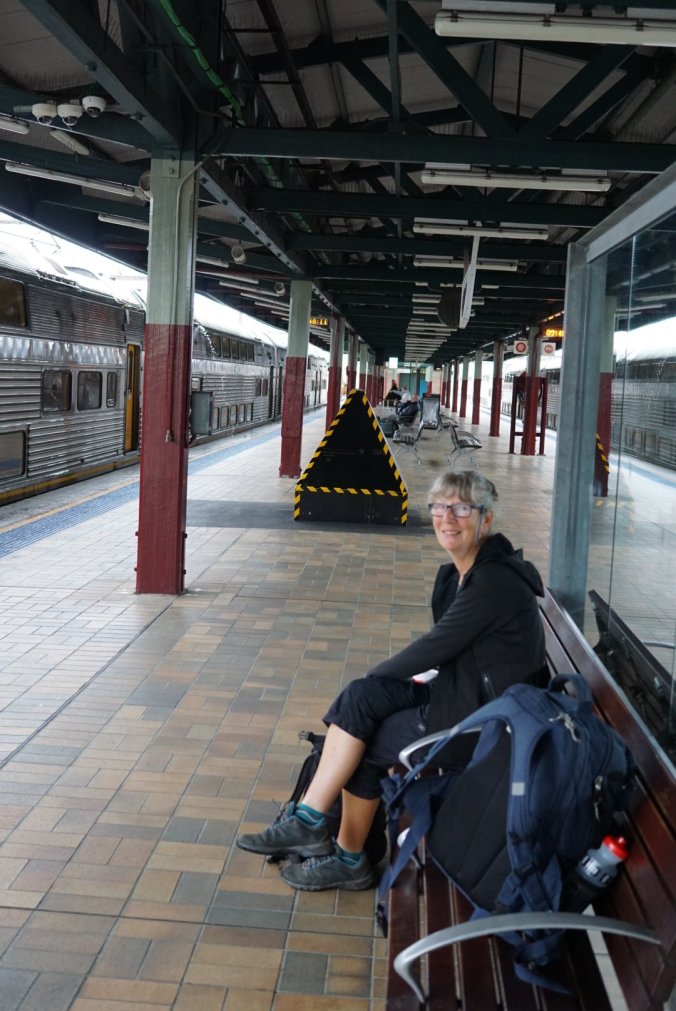 Waiting for the train, notice they are double decker trains

A short walk to the train station turned in to a rapid waddle (remember the all you can eat breakfast) avoiding the rain as much as possible, it was really quite heavy by now.

Arriving in the station despite our attempt to look Australian (you know a cork brimmed hat, jar of vegemite and ever sentence containing “fair dinkum”) the local rail worker asked if we needed help. We were actually OK but did get directions to the coffee shop everyone working here used, which was very good indeed.

A long train journey later We arrived in Kiama, then it was all change to a coach for the last part to Nowra (Bomaderry) where Maureen awaited to take us back to Conjola.

That was the visit to Sydney done with, and it is a fabulous place to go to, easy to get around, plenty to see and do.

It continued to rain most of the night, in Conjola 50mm of rain fell, in Sydney a lot more, on the TV news we saw there was flooding in a number of areas of Sydney. But no getting carried away it is still a drought here.

The day saw the next stage of our journey booked, we leave here on the 12th of October and fly to Seoul South Korea, our first two nights are in a guest house about 10 km from the airport. From here we are cycling the Four Rivers Cycleway from Seoul to Busan on the south coast, about 650 km all on dedicated Cycleway! Yes say it again 650 km on dedicated Cycleway.

Another day gone, where do they go to?

Saturday sneaked up on us, today we all had a drive over to Bowral, here the tulip festival is in full bloom. It was very well done, huge banks of colour. In Bowral is the Don Bradman Museum and Don Bradman Oval, we did have a look but bulked at the $20 entrance fee. Next to the museum is a statue of Mary Poppins, the author P L Travers writer of the of eight Mary Poppins books lived here for 10 years (but didn’t write any of the books in Australia! they were written in the UK). 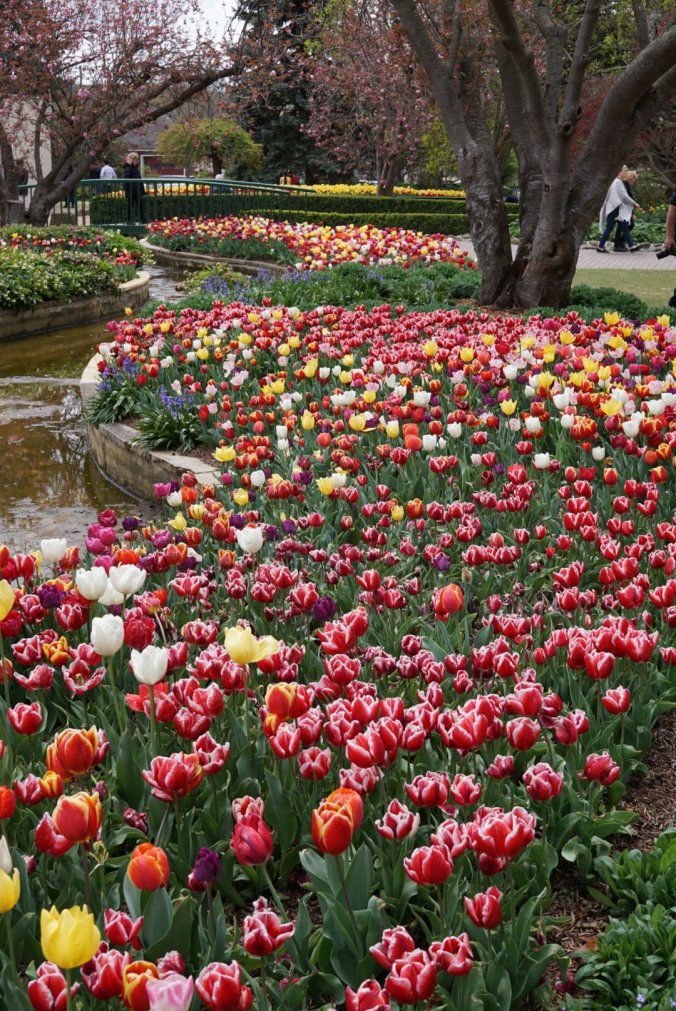 To get to (or come back from) Bowral we drive through Kangaroo Valley, this is a valley (are you surprised by this fact?) which is surrounded by high escarpments known as the Southern Highlands, all incredibly beautiful. 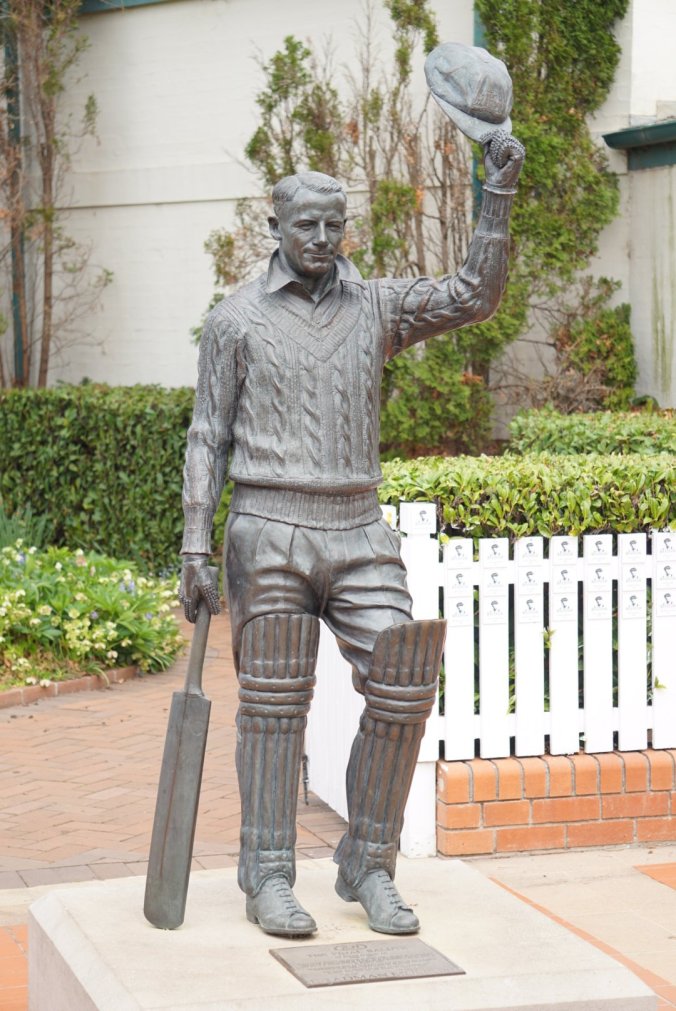 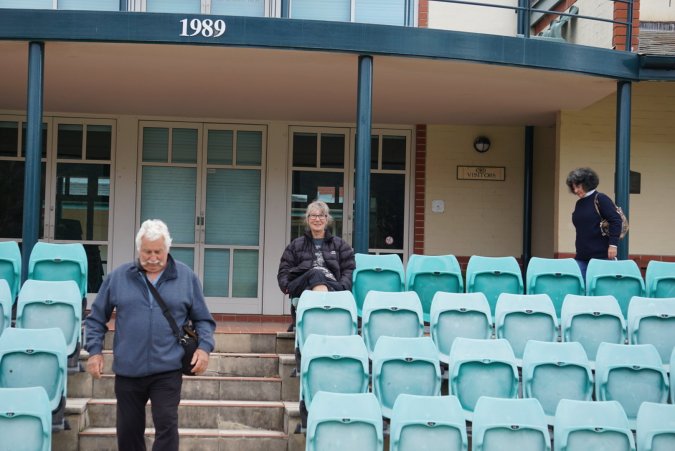 Sitting in the stands, Maureen and Colin walking 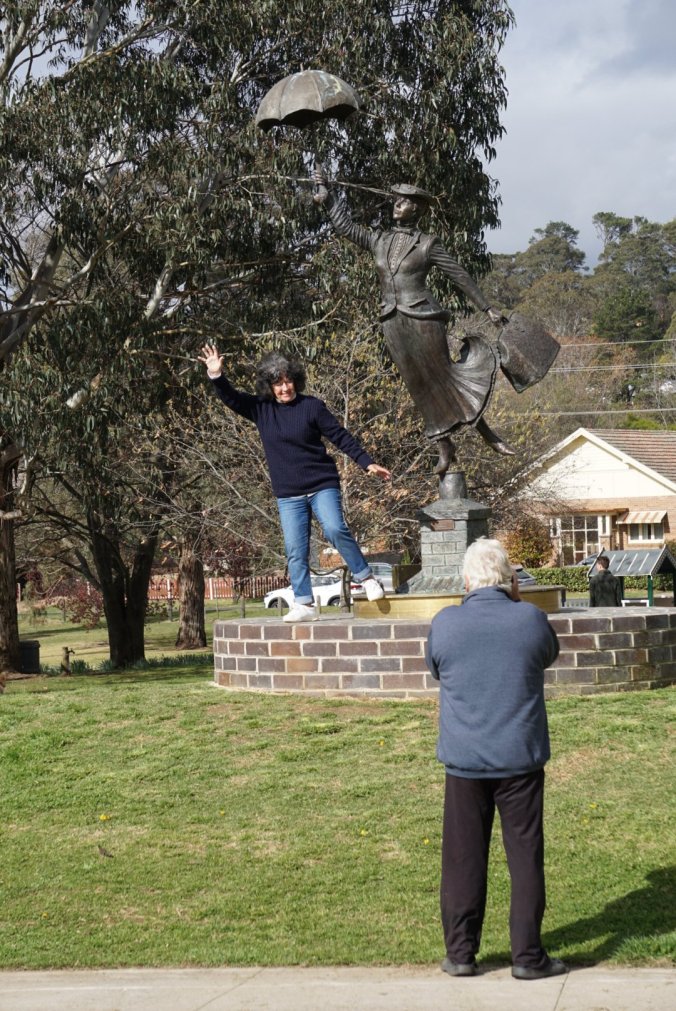 Can you guess which is Maureen and which is the statue?

We do a small detour on the way back to Cambewarra Lookout, 650 metres high giving (on a clear day) 150 km+ of visibility. There is also an immense mobile phone tower here, the sign says due to the emf (electro magnetic field) created by the tower some car electronics may not work here! a good job we do not have a pacemaker fitted! 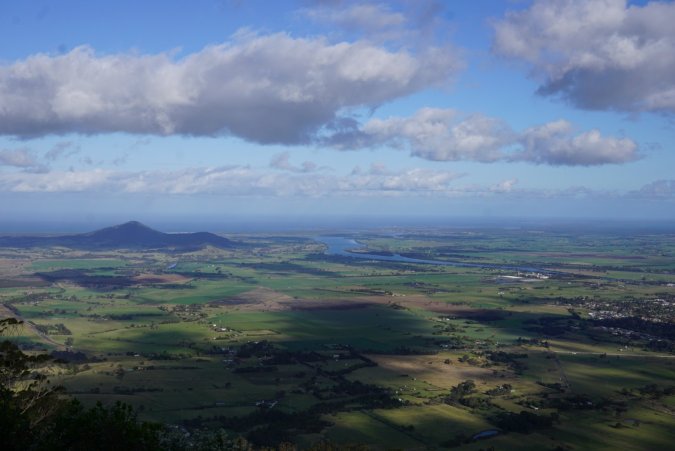 The view from the lookout

Tonight the clocks move forward one hour in Australia, daylight saving for the summer.