After Janet saw the hill we needed to climb today a lift to near the top was negotiated, thank you Graham. So after a last farewell there was nothing else for it, a cycle from the top of Red Hill down to the Stony Point ferry.

This was now a nice easy ride of 16 km, downhill generally, even with a short piece of cycle path as well.

Bikes in a van

At Stony Point we sat a while looking out to sea and watching the boat launches before making our way to the ferry. The ferry to Phillip Island is foot passenger only but takes bicycles. There is some local controversy as the ferry company wants to increase in size to allow cars to cross but it would have to build on a lovely area of beach to do so, you can imagine the business vs locals battle currently going on. 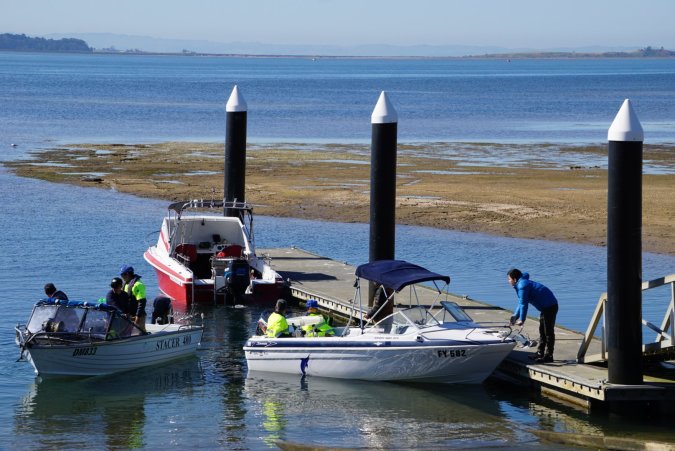 Boats off fishing from Stony Point

We were the only passangers and had a lovely 30 minute crossing. 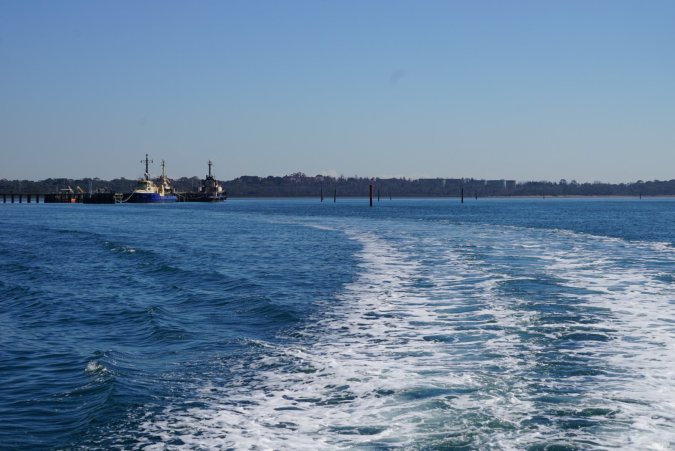 Once in Cowes we had our lunch by the sea front chatting to a few people. Then made our way to Ventnor where we are stopping tonight at Bo’s house, and very nice it is too, in a quiet road next to a beach.

Bikes ready to go in Cowes 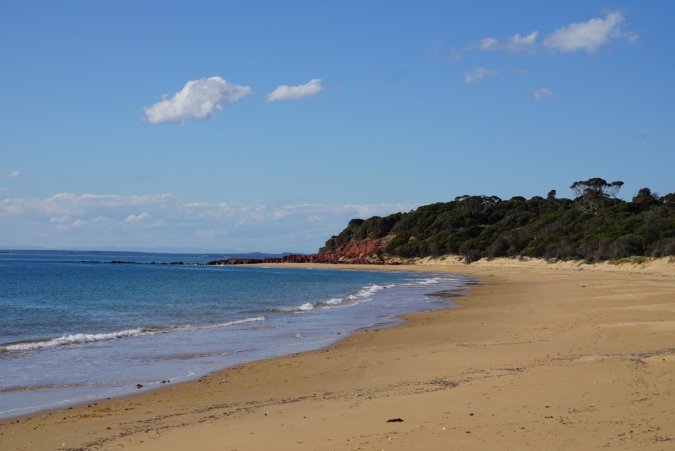 Looking towards red rocks near Ventnor

After unpacking and a little sorting out we went down to the beach and after a short walk sat a while just watching the world go by.

Watching the world go by

After we got back Bo had cooked a wonderful thai fish curry which went down well.

Then we had a lift to Penguin Parade (many thanks Bo) where one of the largest colonies of Little Penguins live. More information HERE. After being gouged $52 we sat as darkness fell waiting for the penguins. This particular species only return at night, about 6.30 pm they started to arrive. You could see and hear dozens of them as they walked under the boardwalk we were on, they were coming back to their burrows, it was a fantastic sight.

Once back we chatted a while before going to sleep.

And of course a bird picture