As it is such a lovely place here in Venus Bay we stopped another day. I got up before sun rise to try my hand at those squids again, all to no avail, failed again. On returning to the campsite for breakfast and a cup of tea wondering where to try next, another caravanner suggested trying off the rocks past the end of town for Garfish. 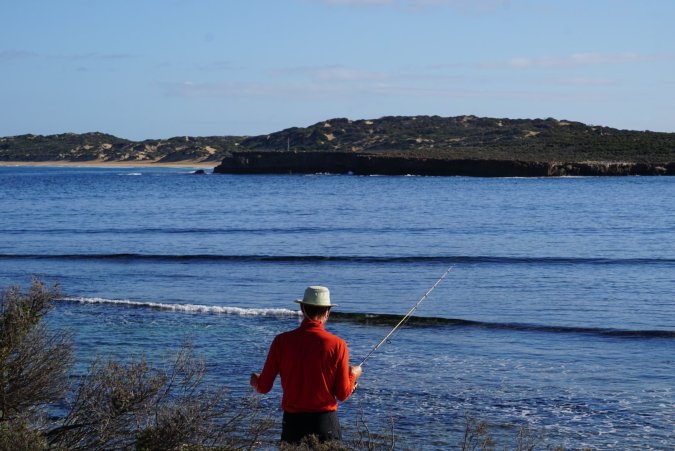 Picking up some prawns as bait and armed with a ledger rig it was off to the rocks, the clue is in the word rocks, it did not go well with the rig I had. Talking to another fisherman (called Snowy) and his wife (Sue) he said to use a floating rig, which I do not have.

Moving off the rocks back to the jetty still no luck, so using the excuse of “it was time for lunch” it was back to the tent. I invested $2.50 in a float, feeling ready to try the rocks again. 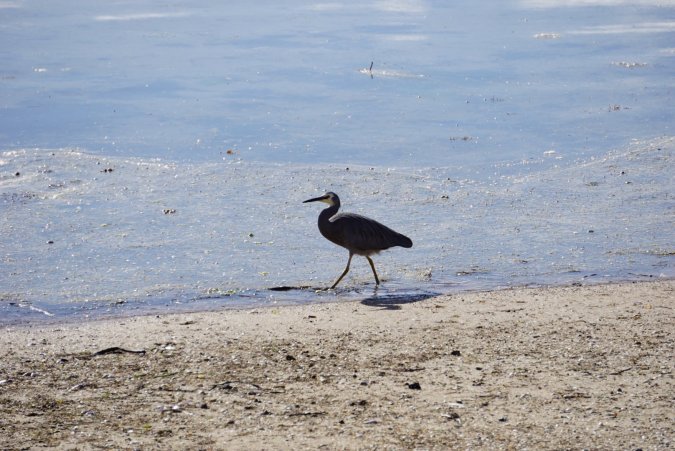 As we walked down to the rocks we passed Snowy and Sue’s house, they were sitting outside, he had caught 16! It started slowly but I soon got the measure of these Garfish and 7 fish later we stopped. Garfish have to be a minimum 23 cm long to keep.

Snowy and Sue were still sitting outside, how do you prepare a Garfish? Was the burning question, and very kindly they asked us into their house to show how they fillet a Garfish ready for cooking. Very shortly we now had 14 fish fillets. They made us tea and coffee and we sat a while chatting, they own a nursery (plant type) over towards Adelaide. 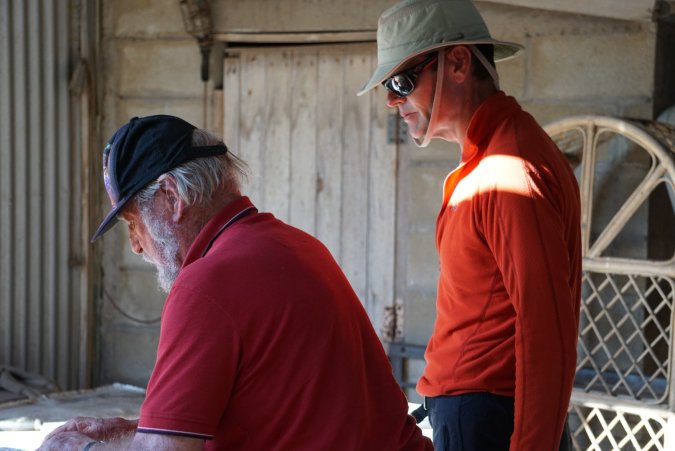 The master teaches the student the art of filleting

Returning to the camp site we dropped our stuff off and did the headland walk (South head walking trail) at the end of town, this passed some nice dramatic cliffs albeit not that high. 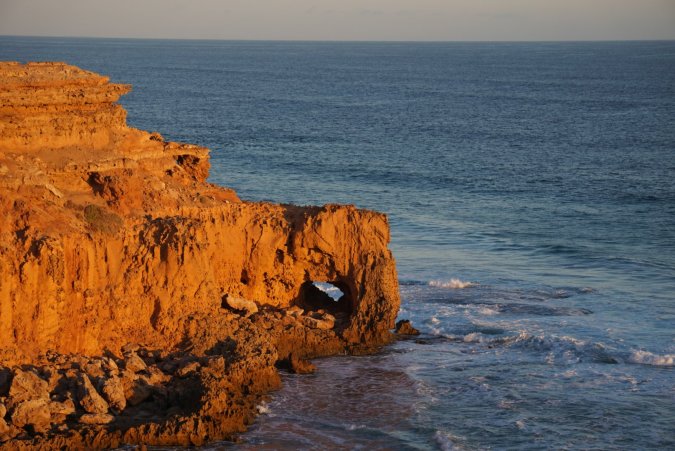 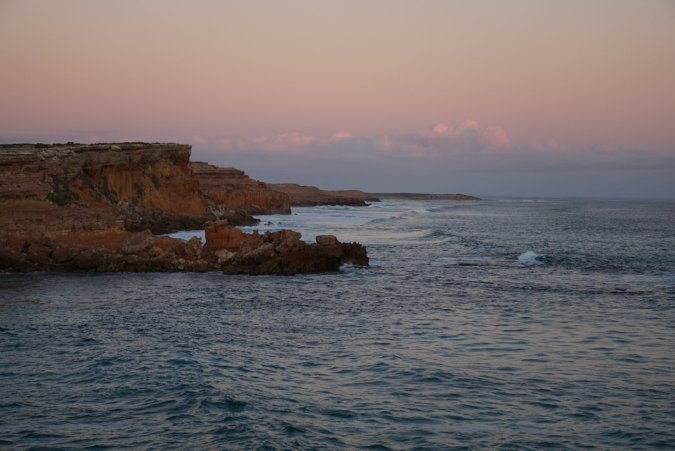 Then, cue the fanfare, it was time to eat our Garfish. They were fried in a little butter and lemon juice, and as you could probably guess, they were wonderful.

To finish the day off the site next to us had a fire, they invited us to join them, we didn’t need a second invite. It was quite late when we eventually made our way back to the tent.