What better way to spend your birthday than cycling across the Nullarbor to go and see some whales.

It was a nice early start for us, the couple in the caravan next to us made us tea, coffee and toasted our bread, very nice of them thank you. 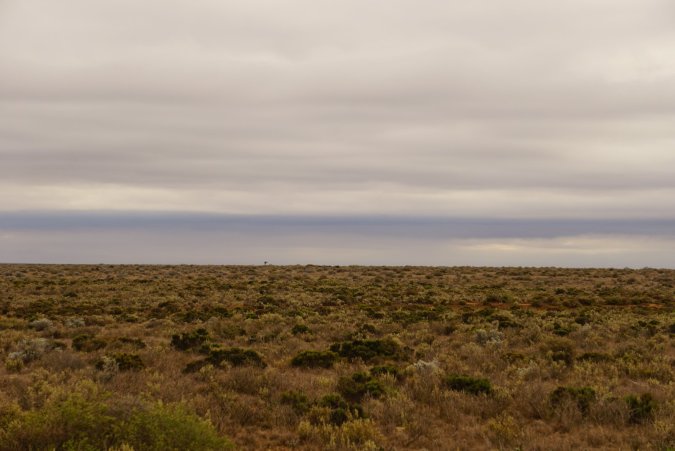 A very lonely tree on the horizon

Paying $2 gave us 20 litres of desalinated water, this gives us up to 3 nights of self sufficiency if needed.

Then it was off, big views of open plain in all directions, it was 12 km to the turn off for the Head of Bight, then a further 12 km to the whale watching platforms, we unfortunately have to retrace the 12 km back to the Eyre Highway when we finish there. 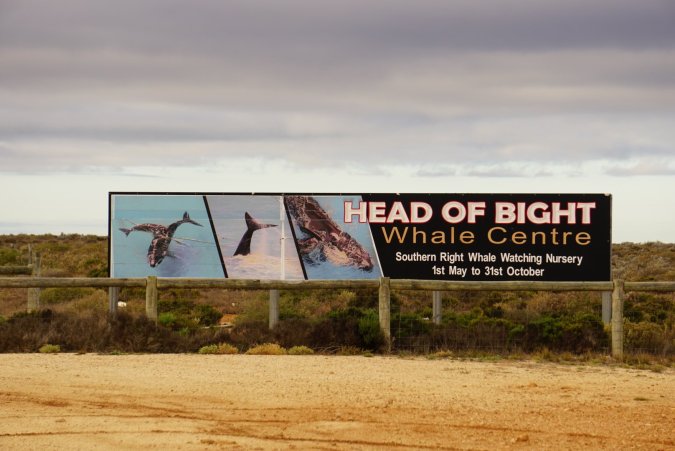 Before the 12 km ride down to the Head of Bight

The Head of Bight is one of the best places in the world to see whales (with the exception of the Second Severn Crossing!). Every year Southern Right Whales return to this bay to give birth to their young from June to October. There are only an estimated 15,000 in the world of which 9,500 come to the coast of Australia.

It cost $7 each to enter, and we walked to the viewing gallery and there they were, 6 Southern Right Whales including babies. It was truly magnificent. We stopped an hour or so just watching them lazily swim around the bay, to actually see them this close to shore must be so rare everywhere apart from here. 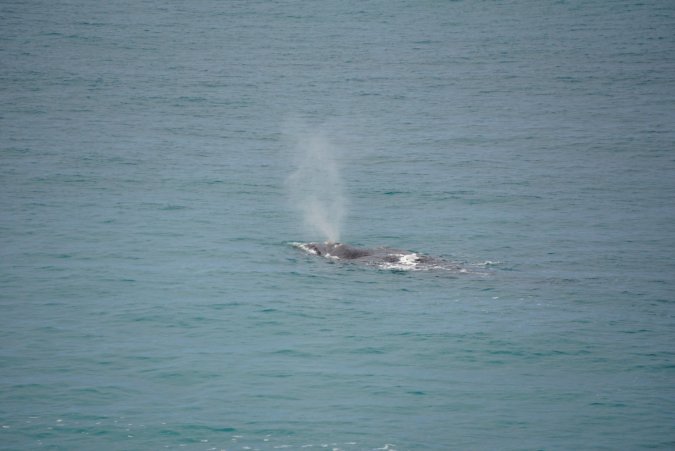 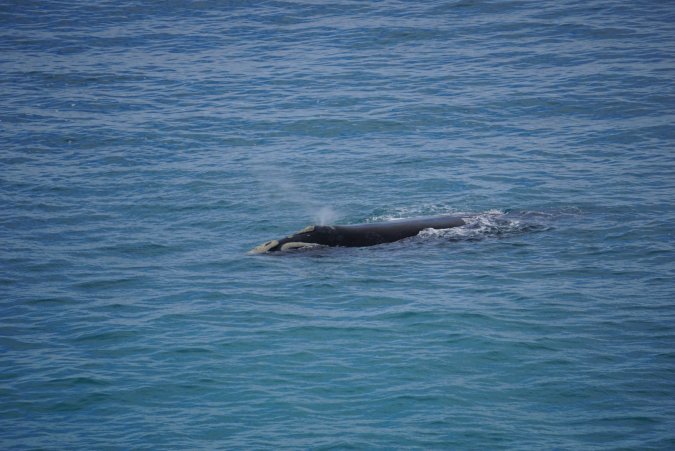 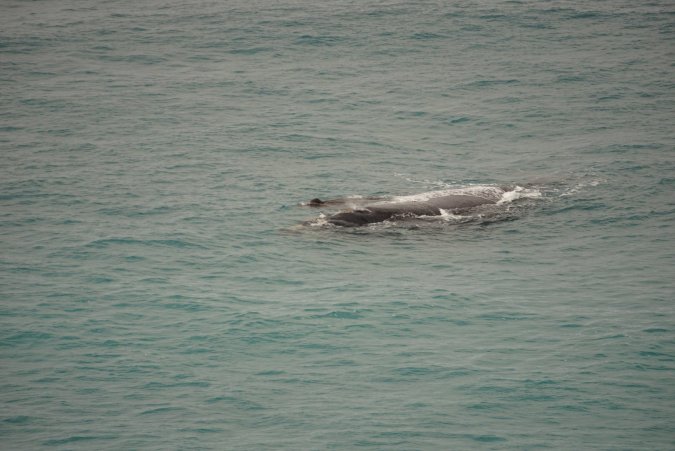 To celebrate my birthday Janet treated me to a ham and cheese toastie, a lovely gift what more could anyone want?

Continuing along the highway up to the 227 km marker (every km is marked in South Australia as the distance to the border with West Australia) we passed the eastern edge of the Nullarbor Plain after which the bushes increased in size, then trees appeared both getting larger and more luxuriant until everything had changed to bush similar to that we saw leaving Norseman. 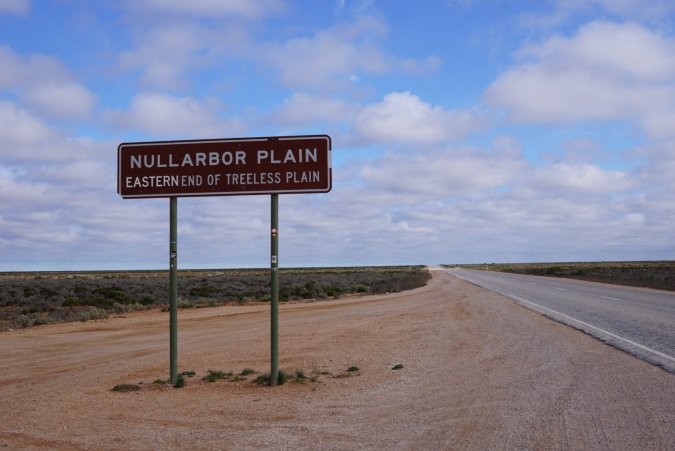 At the 227 km marker there is a rest stop, here we pitched our tent just off to the side of it in a nice sheltered spot. Tea, coffee and pasta (chilli flavoured) was consumed and we were even treated to a nice sunset just to end the day.