As the forecast northerly wind did not start until after daybreak we waited a little while so the tent was just damp when it was packed away.

An early morning purchase of milk, including enough for tomorrow gave us a nice breakfast, although I needed to ask in the restaurant part of the roadhouse as the “shop” did not have anything at all.

There was the short final coast down to the plains below which we took full advantage of as it is so rare at the moment. 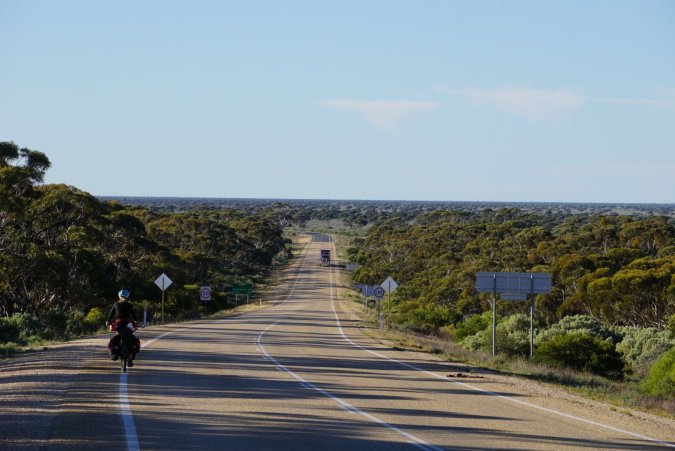 The road followed the bluff but while the bluff meandered back and forth, the road was drawn using a ruler perfectly straight (unless it was a year 11 drawing who would still fail to draw a straight line, and yes before you point it out, all lines are straight or they would be called a curve).

The plain was very dry indeed, only small trees and bushes with a lot of space between each of them. It made spotting a pair of eagles easy though.

The wind did not make a big difference to begin with as it came straight across us, later it changed to more of a headwind so slowed us a little (not that we were going quickly though!). 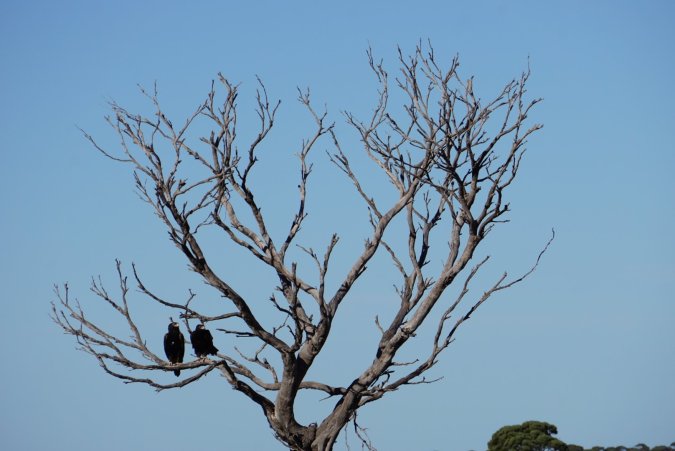 Two eagles sitting in a tree …..

There were a couple of wide loads we had to wait on the verge for while they passed, and I do mean wide load. It took both lanes of the road to accommodate it. It was the bucket for a massive digger, probably destined for one of the open cast mines around Norseman, very impressive though. 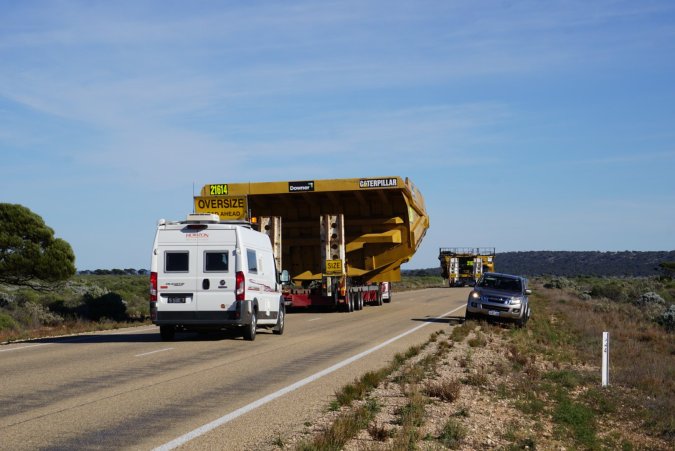 Now this is a wide load

There was an impressive spider we saw at the roadside.

Can you see the spider? It is a mouse spided

After 63 km we stopped at a parking area and went to the back where we pitched our tent, again a nice spot, very quiet only one other caravan here, a little road noise though as we are not too far from the Eyre Highway. The tent seemed to take seconds to dry fully, but a 20 km/h wind with 25 °C sunshine will do that.

Scenery from the tent

This evening our sumptuous repast was a pasta, lentil and curry sauce mixture, which was ok followed by a couple of handfuls of nuts. Then the light got turned out as the sun very rapidly set and the day was all gone.