It was one of those nights where you drift in and out of sleep, we are very close to the highway here and those road trains do not whisper and glide along they shriek and thunder more like an aeroplane than a lorry.

Having turned down the offer of more water from a camper (we have enough for our one more night before we refill at the next roadhouse). It was straight onto the Eyre Highway longest straight again. The road continued the same as yesterday, bushes and trees, trees and bushes. The only way you knew you were making progress was the decreasing number on the green distance markers every 10 km.

After 30 km there was a major change to the scenery each side of the road, the trees had all been stolen! There was hardly a tree to be seen, large bushes would describe them better.

Here there was another Wedge Tailed Eagle feasting on another flattened kangaroo, again a pretty impressive bird. 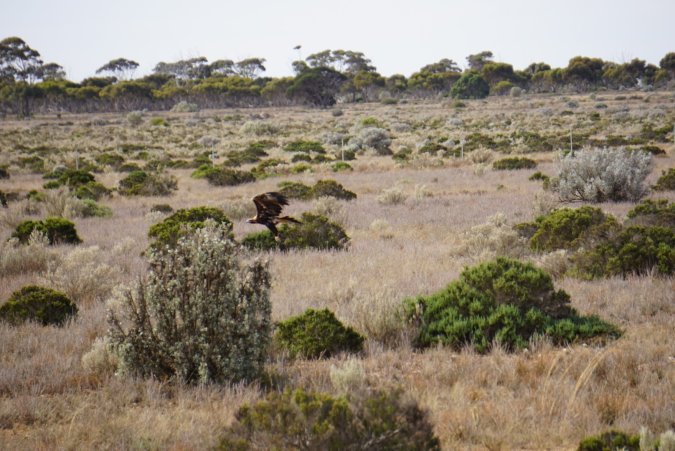 At 64 km we arrived at Baxter Rest Area, this one was not very clean at all, rubbish everywhere, but it does have a track leading off the back of it which we followed to a far nicer part where we pitched our tent. 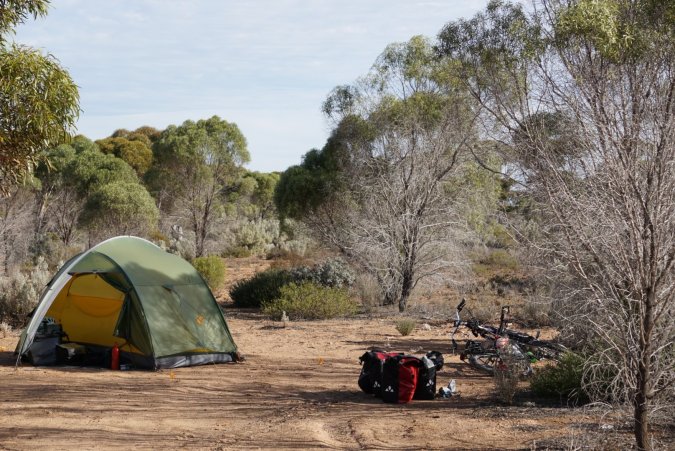 Right by the tent was a very successful spider, sitting looking very smug surrounded by captured flies. These flies are a little irritating, they do not seem to bite but continually land on you looking for any moisture, as the temperature drops they do seem to vanish which is nice this time of year. I have seen pictures of cyclists who have to wear a head net as there are that many flies during the warmer months. 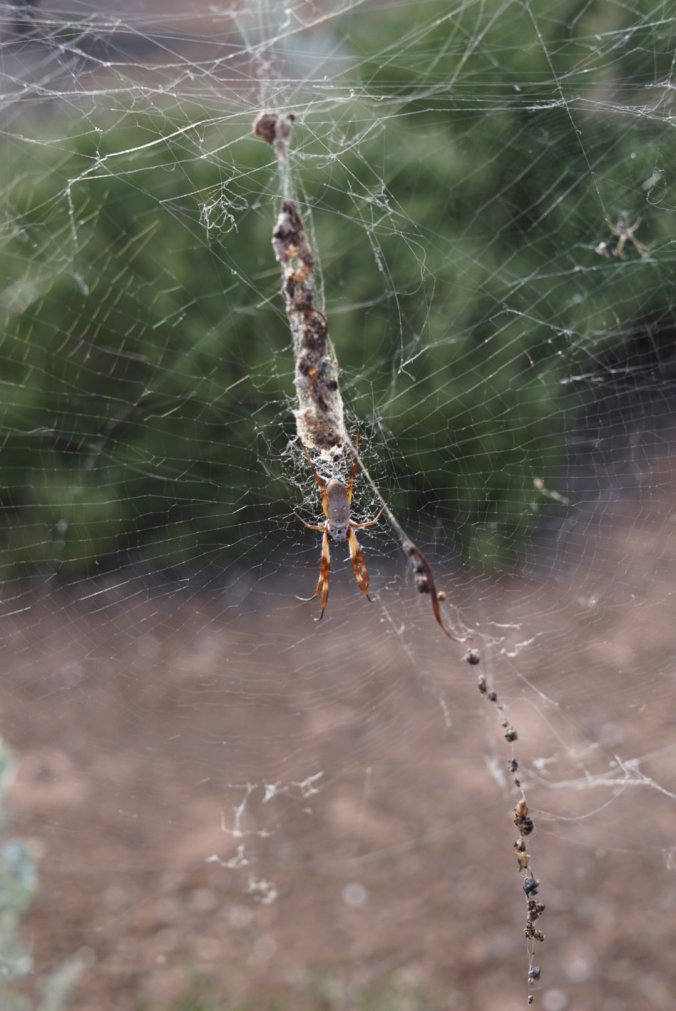 We did the usual stuff then called it a day.