It was a joy to wake up to the magnificent songs of so many birds, in fact it must have spurred us on as we readied ourselves or maybe it was the 8°C temperature, our earliest start yet.

Returning to the Harewood Road where we left off yesterday it was a coast to the sealed Scotsdale Road. 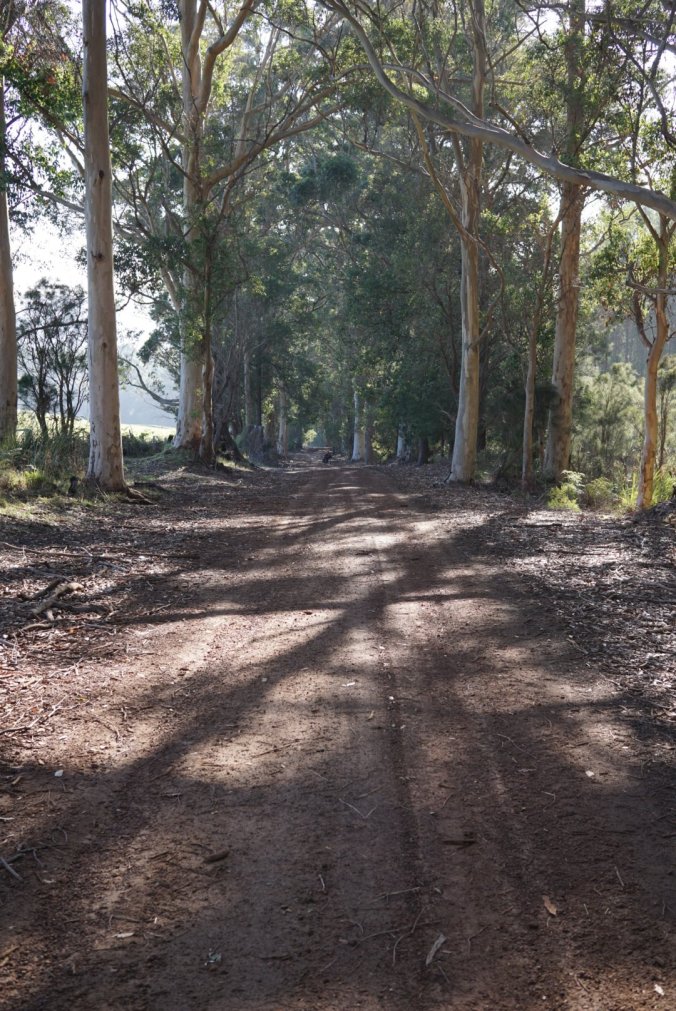 This is actually a very steep track

Kind of following the track we speeded down a very long hill and back down to the South Coast Highway where a single track path ran parallel to it for a while. Here we saw the real sea, the Indian Ocean for the first time. 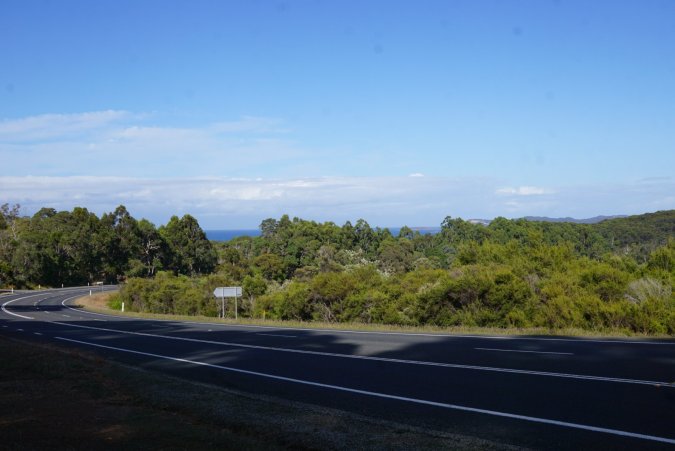 It was with growing excitement we approached the coast and at Greens Pool Beach it did not disappoint. Four general sea pictures now, it is 29°C but a cool wind. 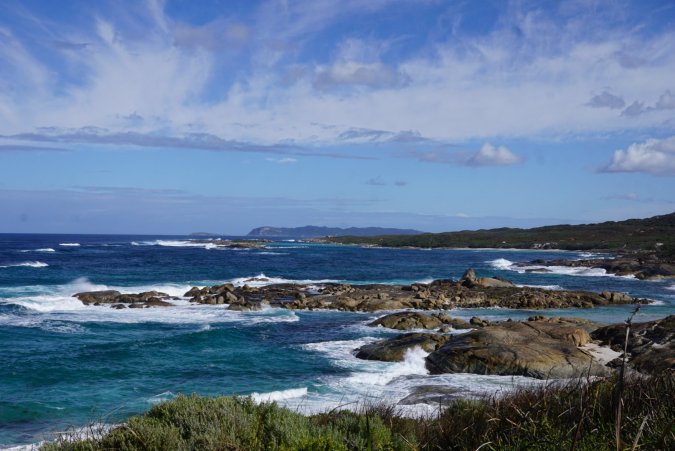 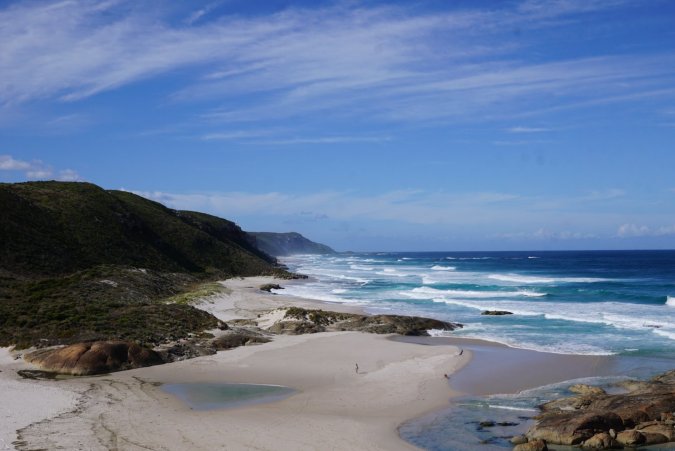 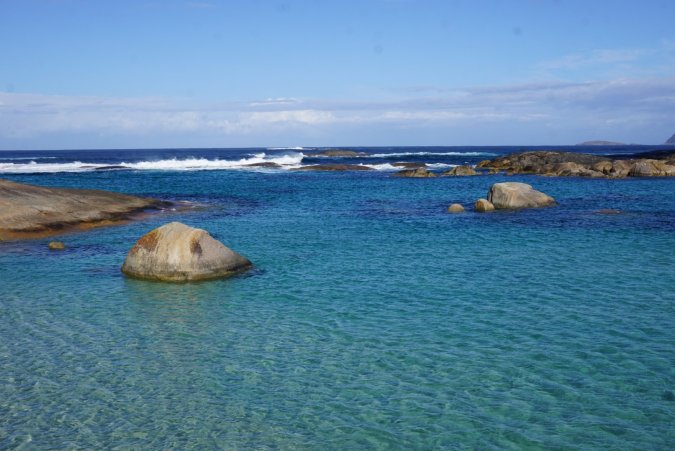 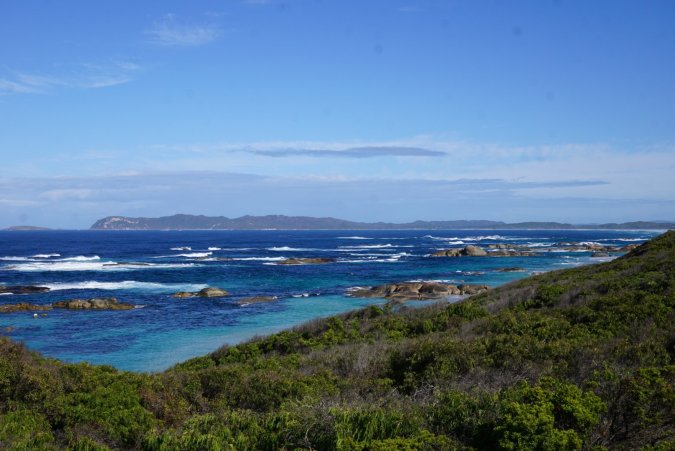 It was a short run of very corrugated road until the start of the WOW track (wilderness ocean walk), 6.4 km sealed single track running along the coast to the Wilson Inlet. In reality it is quite challenging to ride along it is full of sharp bends, very short steep ascents and descents. 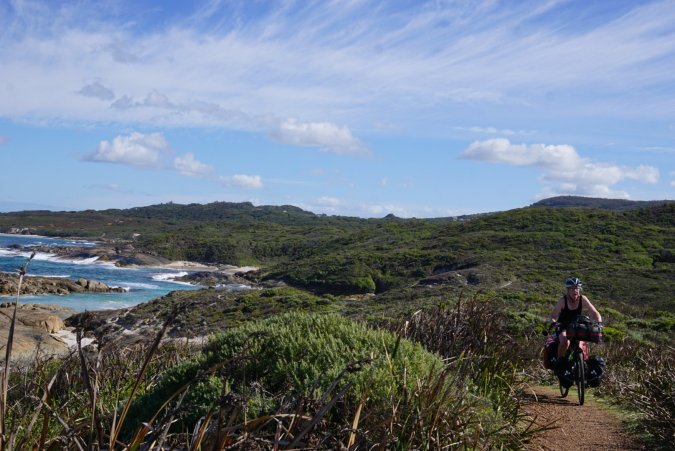 There was a group of cyclists we met travelling the opposite way, they are doing a portion of the Munda Biddi but are supported (as in a vehicle takes their luggage on for them, looks wistfully into the distance, if only).

At the very end stood two huge wind turbines, when you are close they seem to growl at you as the massive blades spin. Each generates 800 kw, about 40% of the 8 gigawat hours annual usage of the town (now there is some interesting maths questions to be made up there).

Then we followed the Ocean Beach Road running along the Wilson Inlet, the inlet is divided from the sea by a sand bar for much of the year and is a haven for wildlife. Called Koorabup, the place of the black swan, and I can confirm there were many many of them on the inlet when we cycled past. 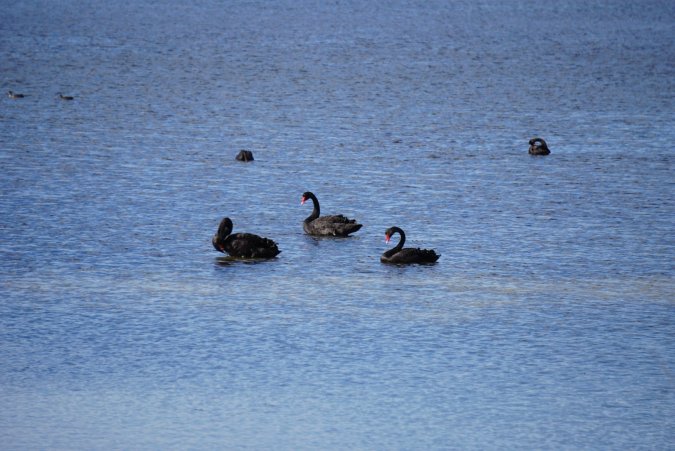 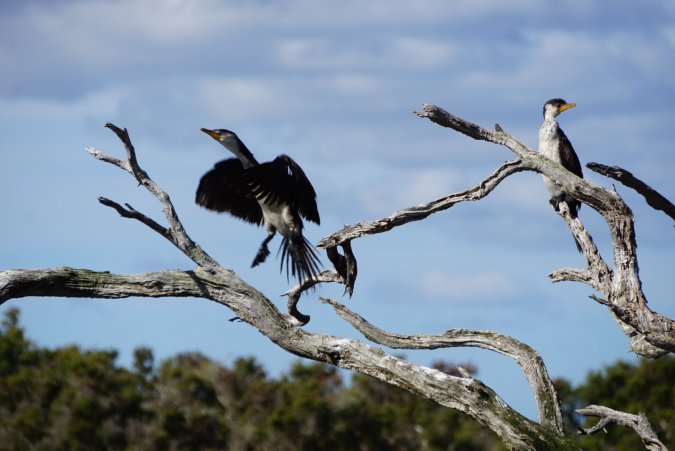 Not a black swan, unsure what these are

Continuing on the Ocean Beach Road we entered Denmark, a really nice town, did a little shopping then cycled all the way back down towards the Wilson Inlet. Why I hear you ask, tonight we are stopping with John and Julie in their lovely house on the outskirts of Denmark. Oh to sleep on a mattress again after nearly a month of camping mats.

We arrive after 4.00 pm, and are welcomed with what better than a cup of tea. After chatting, we shower and Julie very kindly prepares a lovely meal, which judging by the empty plates was very well received. It included a shallow fried black potato which has a rude name, I will leave you to make one up for yourselves. 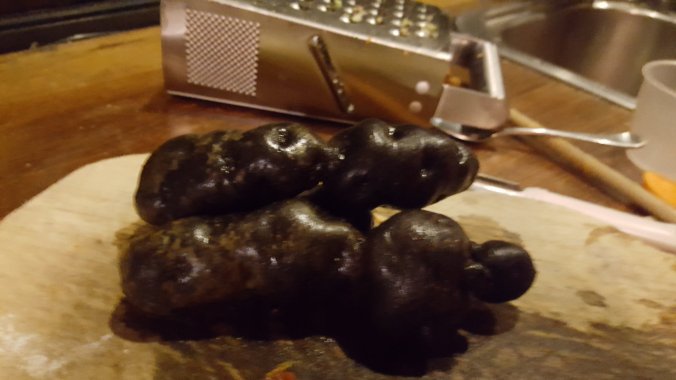 It was not a late night for us, we are used to going to sleep when it begins to get dark, a very early 6.00 pm.