A very very late start today, actually eating lunch before we left. Today’s plan is to see some of San Francisco in all it’s illuminated glory after dark.

Our first stop was central library to print off all the tickets (theatre, train and plane) and upload all of the Garmin routes, needless to say I failed in both cases (the loose connection somewhere in the garmin getting steadily worse).

Feeling a little disheartened we moved on, walking down to the end of Market Street then taking the tram to Pier 39 (a very touristy area) here we partook of clam chowder in a sourdough bowl, one of the “things” to do in San Francisco. As a food reviewer I would give it three stars out of 6 (out of 6 avoids unintentional bias), not something we would rush to repeat.

The walk along the harbour front leading back to Market Street was very well lit, many buildings are ready for christmas. As we neared Market Street there was a very loud raucous chattering coming from the palm trees, bear in mind that it is dark now, they were full of parrots, this is one of the favoured roosting places for them (sorry no pictures it is dark remember!). 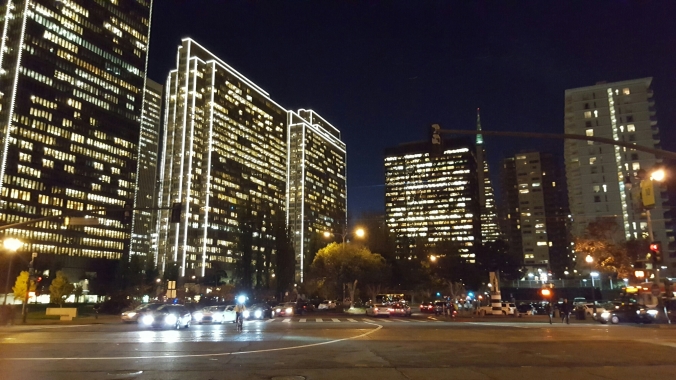 All lit up and nowhere to go

We caught a tram back to Castro then walked on to Tim’s apartment, this is the latest we have been out, we kept checking that parts of us had not become pumpkin shaped.

The next day (129) Robin picked us up (she is a lot stronger than she looks!) at 11.00 am and we were off to the Napa Valley home of wine (Janet had to be drugged at this point she was so excited at the thought of it).

Driving north out across the Golden Gate Bridge we left San Francisco and turned towards the coast, our first stop of our Northern California tour was Muir Woods (a national monument). This is home of the Giant Redwoods, growing over 250 ft tall and 20 ft+ diameter. What makes these very special is their age, the oldest over 1200 years old with most 500 to 800 years old (the oldest one on record was 2200 years old when it was cut down, it would have sprouted when Hannibal crossed the Alps or for the mathematicians when Eratothenes developed his sieve for Prime Numbers). For these trees to be successful they need lots of costal fog keeping the whole area moist and cool, equivalent to one metre of rain a year, a similar amount to most British holiday resorts. 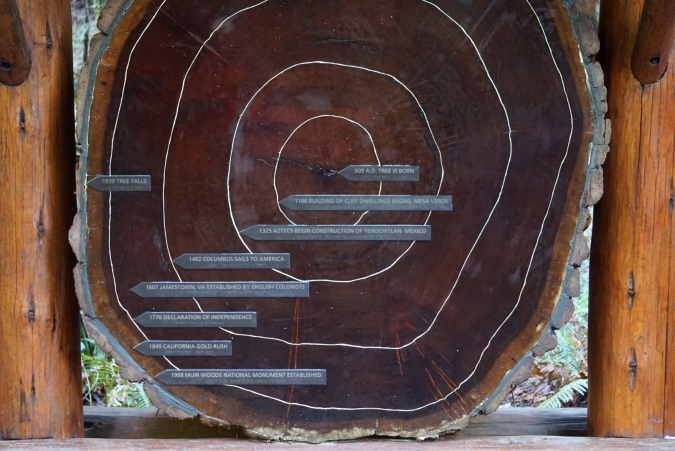 We walked a very nice circular trail on good paths through some unbelievable groves of Redwoods, a picture cannot do them justice in any way at all.

From here we continued up the coast to Stinson Beach, the first safe (as in no rip tides) bathing beach north of San Francisco. It was almost deserted and definitely no bathing was going on (what do you expect for December though!). Here we stopped and had turkey sandwiches (remember thanksgiving and the huge turkey, yes it is still around!), thank you Robin.

Napa valley next via a very steep and twisty road to Glen Ellen a small but nice town where we had a quick walk through. Now it was wine time, the first vineyard we stopped at was outrageously expensive ($50 to $75 just to taste) so we moved on to Sattui Vineyard. Here for $15 we got to taste 10 different wines, all of them excellent and even treated ourselves to one bottle. 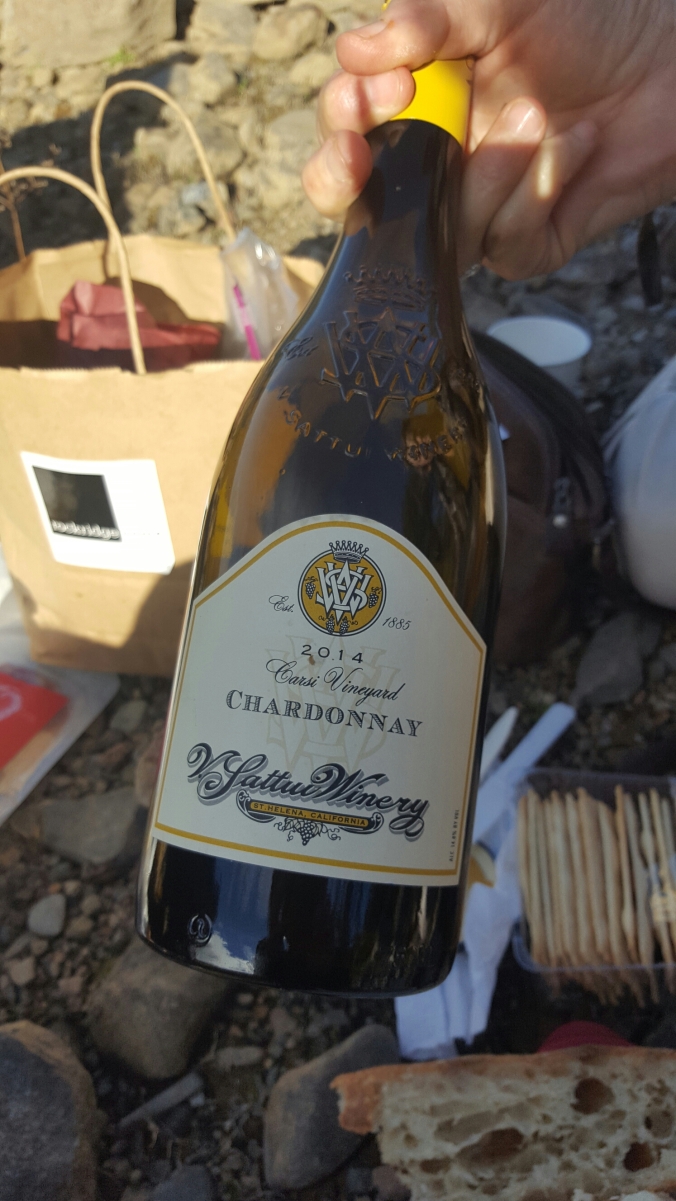 So sad, it is empty

Finally we got to Napa and the Ivy Hotel where we had a room booked for tonight. We then drove (remember it is the USA and we drive everywhere) to a bar for a pub type meal which was nice but very expensive.

Finally finally then back to the room where a quick look at CNN for a Trump update gave no surprises, although they do seem to be marginally more positive about the result now. Trump announcing his defence (defense!) Secretary James Mattis, who knows the outcome there?