Today (monday) we did very little (no change there then). A walk to the closest Safeway, where the moral of the story is, closest is not necessarily the best as there are some steep sections of road on the way to this store, we will not be visiting this one again!

We baked a fruit cake, then promptly ate most of it!

A flock of parrots landed on the tree and stairwell outside the apartment window. The parrots are Cherry Headed Conures which are native to Ecuador and Peru, some escaped a number of years back and have bred so an estimated 300 birds live in San Francisco. 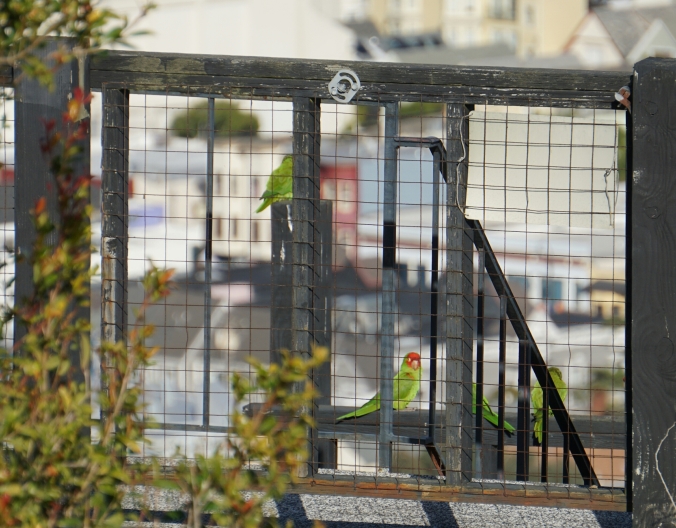 After all that excitement a rest was in order then around 7.30 pm Robin called around and we had dinner together.

On Tuesday it was a bright sunny start to the day, so what better than a walk out to the park, in this case Golden Gate Park. We headed over to the Conservatory of Flowers, here they house many tropical (rain forest) plants and house a butterfly section. The butterflies were the main reason for the visit, they have been a constant for us throughout our journey from the desert heat to the high altitude of the mountains. 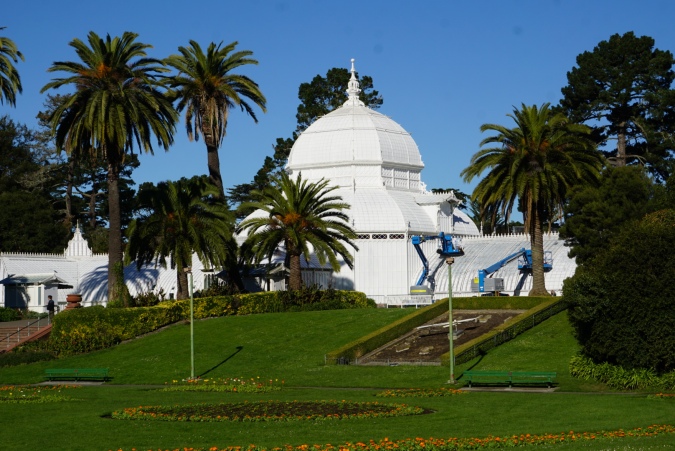 Inside we were treated to a display of magnificent tropical plants including orchids and many types of pitcher plants (I did not even know there were so many vareties). The building itself is essentially a very large greenhouse constructed in 1879 making it the oldest building in the park. It does have a lovely cast floor running throughout. 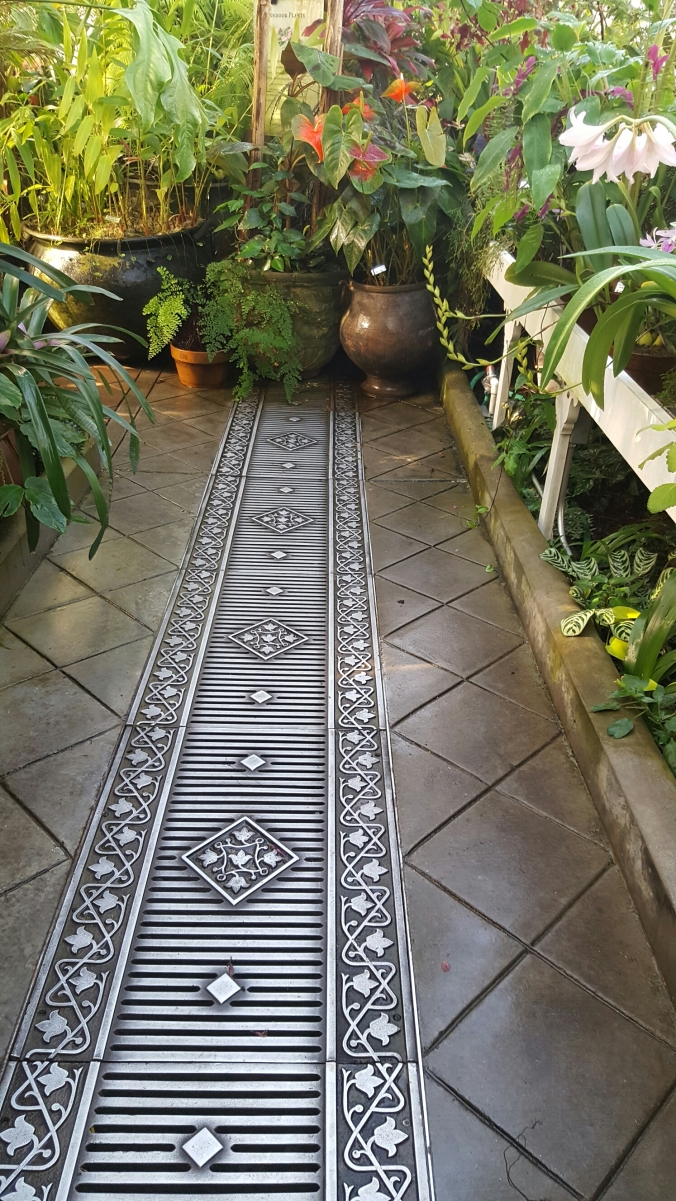 At the entrance to the “butterfly room” they have a case where they hang the chrysalises of each species then once hatched release the butterflies where live around 2 weeks and will lay new eggs before they die. There are several species here the Monarch and Zebra are native to Northern California. 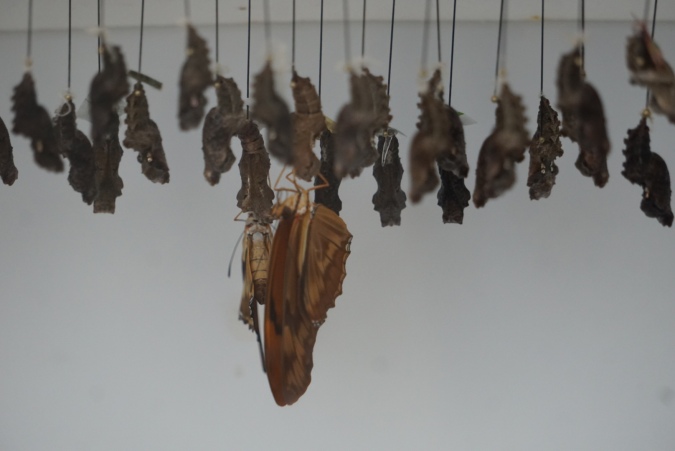 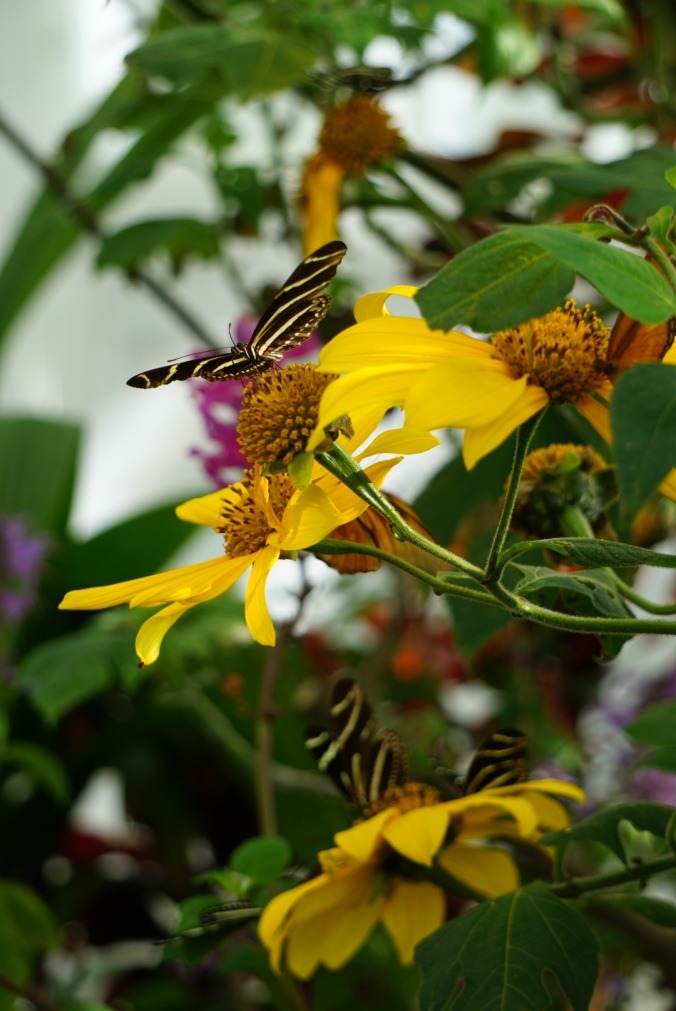 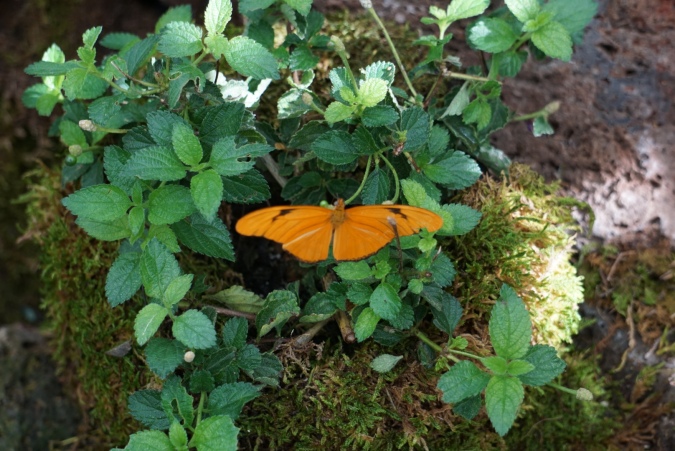 From here we walked past the De Young museum with it’s many sculptures and then on to the Japanese Tea Garden.
We left the park to walk along to Haight Street then turned up Clayton Street. This took us towards Twin Peaks which we climbed to the top of. These are the tallest points in San Francisco, giving views of the whole of the bay area, across to Oakland and the far away Diablo Mountain. 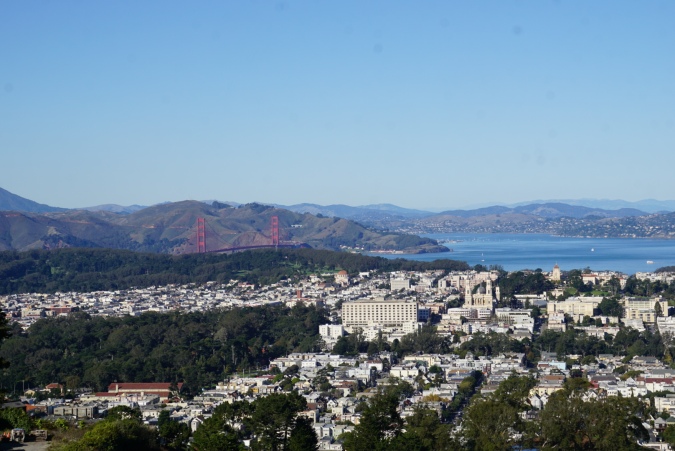 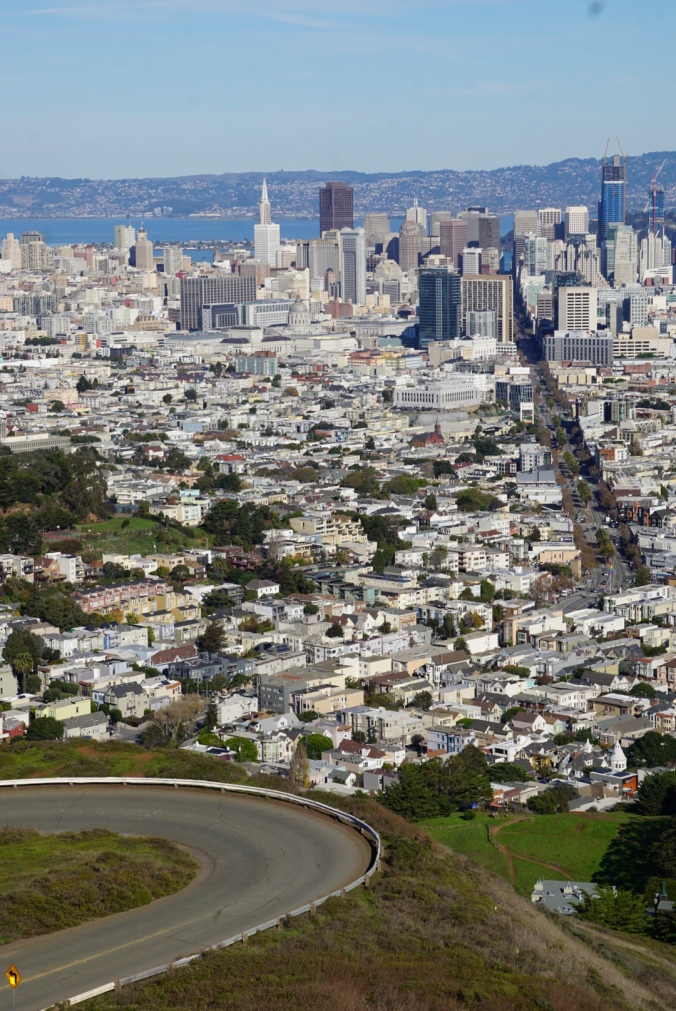 Market Street is the prominent one you can see

It was a descent down steps (of which there are many) to Tim’s apartment where tea and cake was waiting for us.