You do get a nice easy start from a motel, everything packed and ready to go. Again it was a chilly start (all relative though, back home it would be a lovely start) hat, gloves and gilet on. It was straight on to the cycle path from yesterday but this soon finished and we rejoined highway 1. 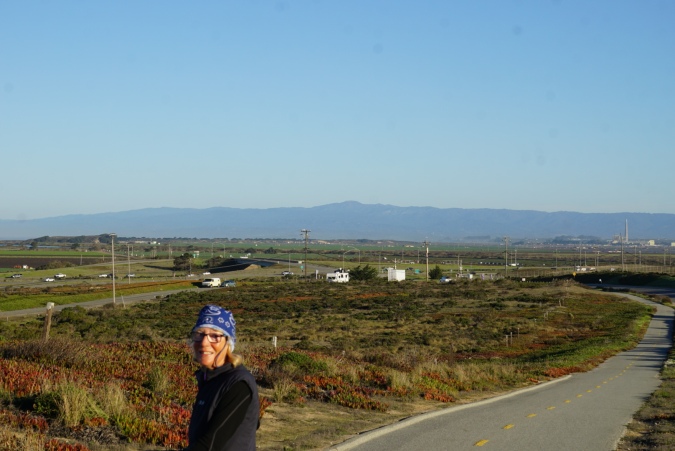 Near the end of the cycle path

The highway was very busy indeed, just a steady stream of cars really.

We passed through Moss Landing, where someone had roofed their house in gulls. It also looked like the first small fishing port we have seen whose harbour was not populated by massive private yachts.

OK which of you has got that fish?

A little bit more fighting along the 1 and we left it to begin cycling some minor roads. Here we passed acres of strawberry fields, many being either picked or replanted. Here they also grow an awful lot of artichokes, as before though irrigation of everything is the only way it grows.

We did manage to find Pete’s next motorcycle. 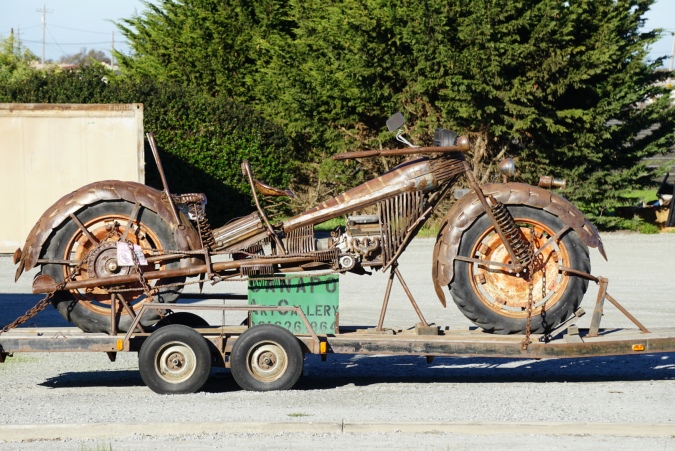 We played tag with the sea for a while, moving closer then all of a sudden changing direction and moving away. We did have a break at Manresa State Beach where there was a huge swell which two surfers tried in vain to tame. 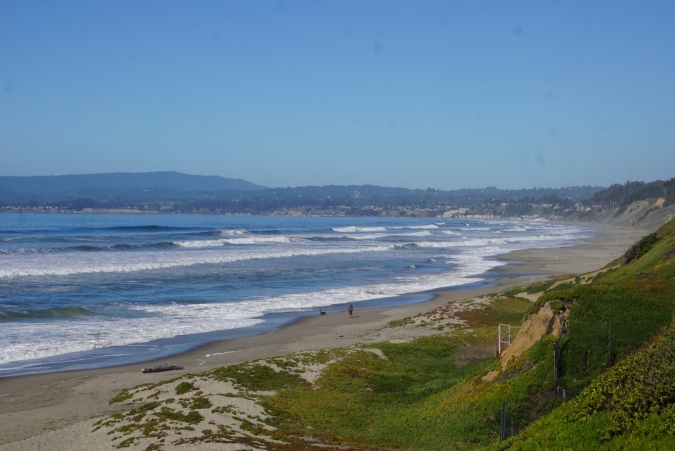 Moving away from the sea we cycled along busier roads through Aptos and Soquel into Santa Cruz. A cycle right across town brought us to Rita’s house where we are stopping tonight, we were warmly welcomed and felt right at home. She has a Cricket which is where we slept (very comfortably as well), in amongst chatting we tried to sort out options for getting to San Francisco but never seemed to manage it.

Later on we walked into downtown Santa Cruz and had a nice meal at a Pasta Resturant (they serve pasta, not made of pasta just in case you are confused). Then we retired for the night, goodnight.