Trump has it, another example of the press and political elite underestimating the way the general public feels. The people want change so we shall see if Trump can give it (I say we, I mean you. We will be back home having to live with the mess stupid politicians are making of Brexit).

A lot earlier start today, straight out on to Highway 1 with it’s nice bike lane. The road undulated but always kept it’s nice sea views (along with it’s shoulder). We went past the Mugu State Park Campgrounds, these were on the seashore. You would be pitching your tent on the sand, I am not sure how easy it would be for a tension tent like ours. I do know Hilleberg make a special sand peg for just this occasion. 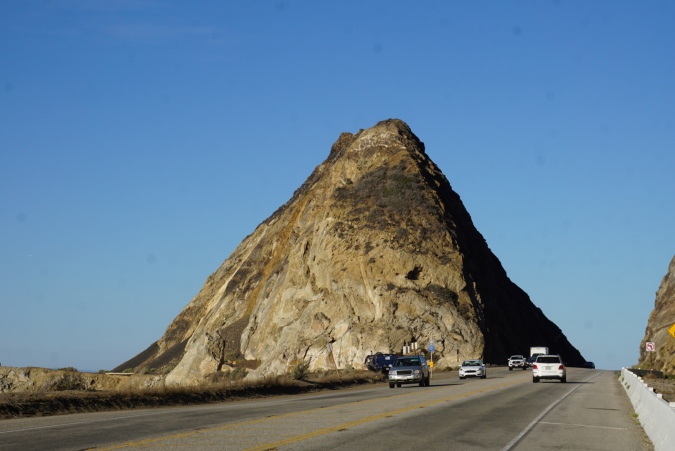 We continued past Mugu point and approached yet another military base, this one a Naval Base. It did have a very nice missile display including the one Bob worked on, Polaris.

From here we went on to Port Huenenne, a very nice town. It does have some lovely houses right on the harbour each with their own mooring. Not much further on we stopped in the shade of a large tree for our lunch, good old ham sandwiches. The next 10 miles were on a cycle path or road right next to the sea passing through a lovely town called Ventura. 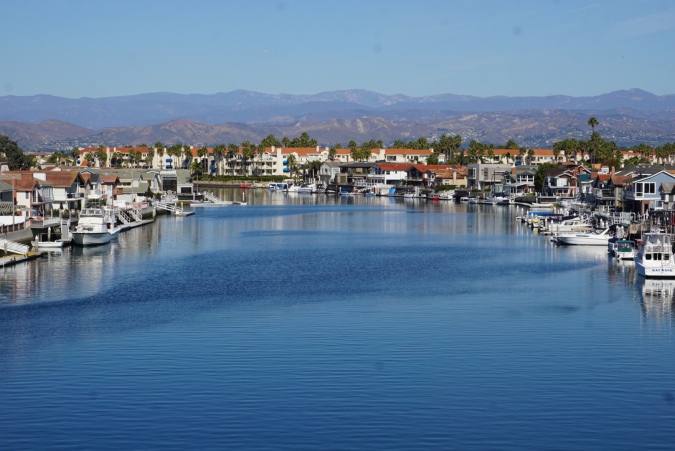 For the first time in a while there were crops being grown (all needing substantial irrigation if they were to survive). These include: strawberries, celery, peppers, turf to name a few. Many of them were being picked by, yes you guessed immigrant workers, what will happen if they cannot use this labour on the farms?

Around here Janet had an attack of the squitters and we stopped and used every toilet on our route for the next 20 miles until it had calmed down.

After Dulah we encountered a road where you could overnight park your RV, a mile or so of nose to tail RVs, all looking very attractive of course and really complementing the beach front! and this is off season at the  moment.

Another long purpose built cycle path brought us to the outskirts of Carpinteria, then a one junction cycle on the Freeway and we were there. The State Beach Campground is right next to the sea (100 yards maximum) and less than half a mile from the main town, a very nice position. The beach is fantastic, so we sat and watched the sunset. 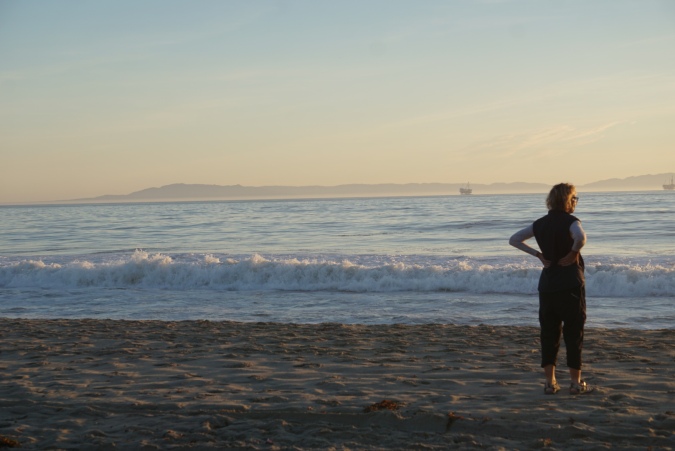 It was laundry time (see events earlier today) so we cycled to the nearest one and also picked up a bit of shopping.

At night (well any bits of it you were awake) you could hear the rumble and crash of waves breaking on the shore. Ideal for sending you to sleep, either that or watching Simon’s holiday picture montage which would also work.

2 thoughts on “Day 107 Trump wins! and our cycle to Carpinteria”