Bob and family were up and about early and we joined them for breakfast. Some cereal and an english muffin with jam. For today’s ride we have a complete change of plan thanks to the generosity of Bob and Karen. Bob and his next door neighbour Mike will cycle with us to the end of Long Beach then Karen would pick us all up and drive to Leo Carrìllo Campground. This will avoid a not very nice section of riding across Los Angeles, with a big bonus of it being a total of 18 miles of flat riding. 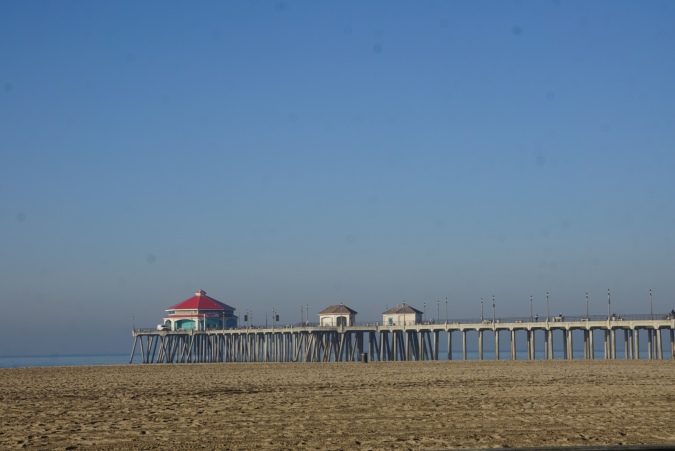 You could almost see the oil rigs today

Starting at Huntington Beach, where today we could actually see the sea. It is a fantastic beach with a cycleway right along it’s length. We romped along at a good pace (which was helped by all of our bags being in Karen’s car, yes it is cheating but who cares). Even the combined might of Bob and Mike failed to get us lost, it was like cycling with a GPS unit on its own bike.

Pausing to soak up the rays

Then we moved on to Seal Beach, passing a military dockyard with a huge destroyer berthed there. Just before here Mike left us to take another path, thank you for you company today.

Next was Long Beach, again a pleasure to cycle down, a purpose made cycle way (joggers and walkers now have a separate path). The path does have a rather snazzy bike counter, giving todays total and this years total number of cycles passing.

Stopping at the end we met Karen and loaded all our bikes on the car. We made a brief stop at Venice Beach the most commercialised one so far, resisted the temptation of a new pair of sunglasses or a tatoo. It is also the home of muscle beach where all us bodybuilders hang out. 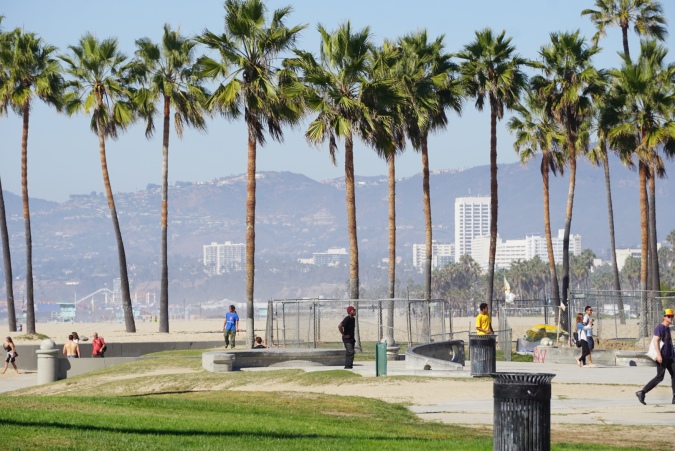 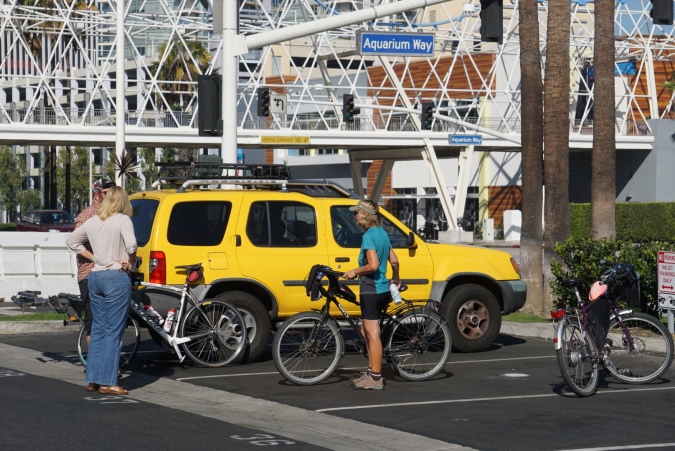 Santa Monica was next, a lovely town, you can drive straight to Beverly Hills from here and take your credit card for a walk, don’t whatever you do let it off it’s lead or it may just run away out of control. We had a nice lunch here (Santa Monica not Beverly Hills).
The last town we passed through is Malibu, where for a few million dollars you to could own a beachfront property, mine is ordered already.

Then we were dropped off at the campground, here we said farewell to the best hosts ever Bob and Karen, we do hope we can return the favour one day.

The loveliest and best Bob and Karen

Our tent was quickly up and we walked to the beach (across the road from the campground). Here we watched sea birds and sea surfers all competing to be the most impressive. There was even Universal Studios there filming a tv drama. When we got back to the tent, 5 more had appeared it each containing cyclists, more than we had seen in a long time. They were all near the end of the Pacific Coast Cycleway (going south). 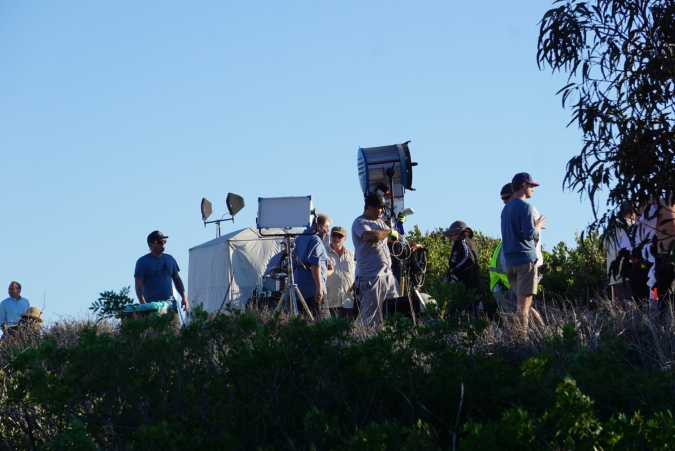 Time for bed said Zeberdee and don’t forget to vote.