Steve and his guests were up early today, they were off to San Diego velodrome for the annual bike swap meet. People meet from all over the region taking bikes, parts for bikes, clothes for bikes to buy, sell or swap. We were left to lock up then by 8.45 we were gone, cycling 1.3 miles to rejoin the route passing through Carlsbad town centre. 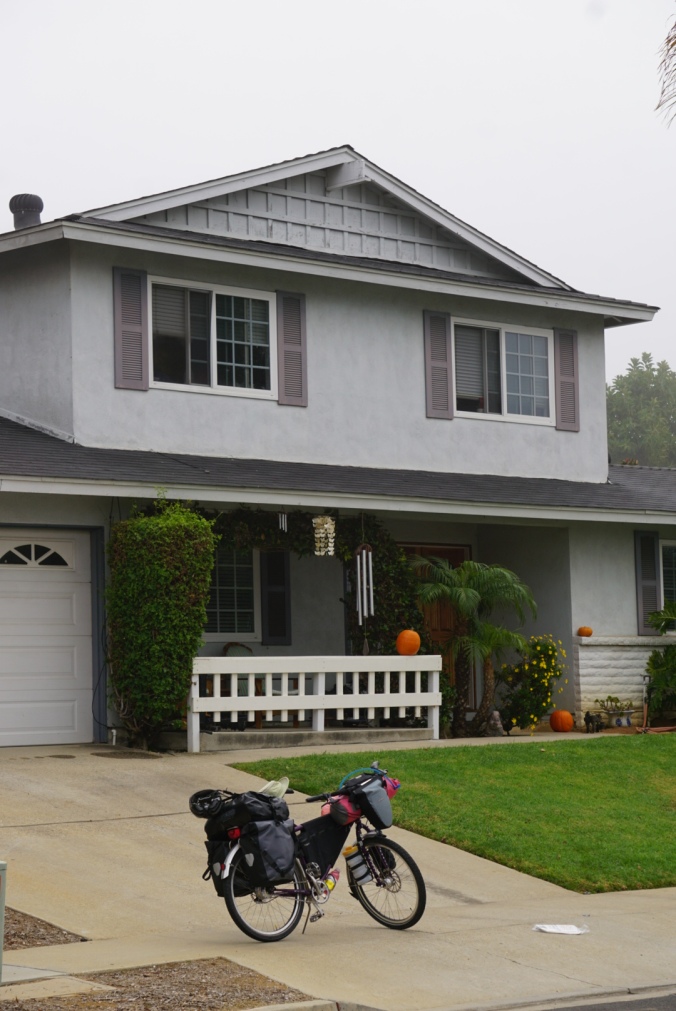 Only the house moved slow enough for me to photograph it 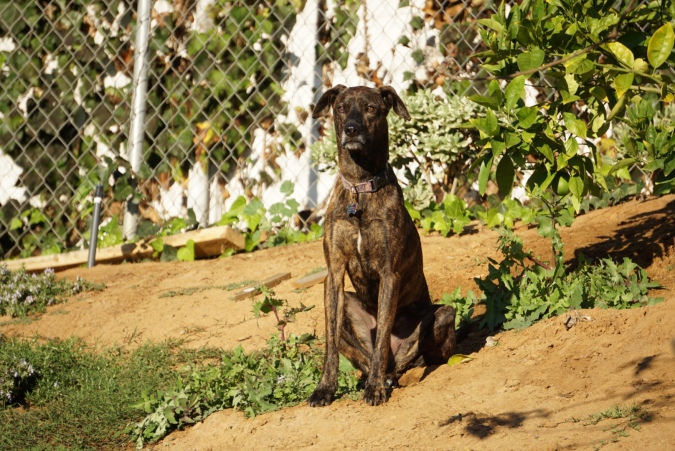 No picture of Steve and Erin so how about Truffle instead

Following small backstreets we wound our way out of Carlsbad and into Oceanside.

The ride through Oceanside was lovely, right along the beachfront, again very quiet. Once at the end a very short dirt track led us onto a large road entering Pendleton Marine Corp Base. Here is a long road section avoiding the need to ride on the freeway but you need formal identification and they do close off access at times (during manoeuvres). It is a huge base, it has its own shops and gas stations.

There are so many road cyclists here, riding solo, in small groups or large groups. Everyone passes us though!

Leaving the Marine Base we got on a traffic free road, it looks like it was the old highway 5 before the freeway was built. There were dozens of cyclists long here. Several stopped to chat with us, all declining to carry a bag for us though before haring past.

Then it was into San Clemente where we took a very convoluted route through what is a beautiful town emerging the other side just where we needed to turn off to make our way to Weej and Chris our hosts for tonight. It was off into the hills and 700 ft of climbing plus 3 miles later to get to their very lovely house. We were warmly welcomed by Weej and shown a room which would not look out of place in a 4 star hotel.

They even have a draught beer tap and empty glasses which did not remain dry for long. We had a dip in their hot tub, a great antidote for aching limbs. Then a lovely meal (barbecued chicken, sweet potato, courgette and apple pie with icecream. All too soon the day was over, a lovely end to a lovely day.

2 thoughts on “Day 104 Cruising the oceanfronts to San Clemente”