We had the hostel breakfast this morning, bagels with jelly (a pretend jam) some tea and orange juice. It was a very late start for us, 9.00 am by the time we left. 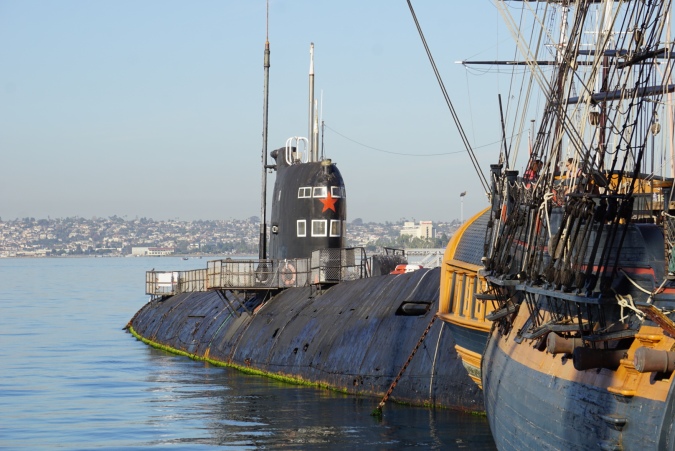 It was straight up 6th Avenue to Broardway, which we followed  down to the harbour picking up the cycle path heading north. The cycle path ran next to the road and was a pleasure to ride down. It was very busy with joggers, walkers out for a stroll and other cyclists. Passing the San Diego airport the constant sound of cars on the interstate was drowned out by the regular roar of 737’s taking off.
After this we dropped right to the coast and Mission Beach, again remaining on a very busy seafront cycleway / footpath. The waves were up as we surfers say (well 6 ft waves today) very nice for us cool and beautiful people (which there are a lot of here) with just a hint of strangeness thrown in.

Cycle and walkway all along Mission Beach

All too soon we returned to the road and a then long haul up to the University of San Diego, the university seemed to have a lot of very new buildings, they must be good at attracting money! There was a very nice descent down to Del Mar though and it’s lovely beaches.

We cycled across the cliff top we kayaked under yesterday, there was no going into the cave today though with the large swells. There were the seals and the pelicans of course which you could get close up and personal with. 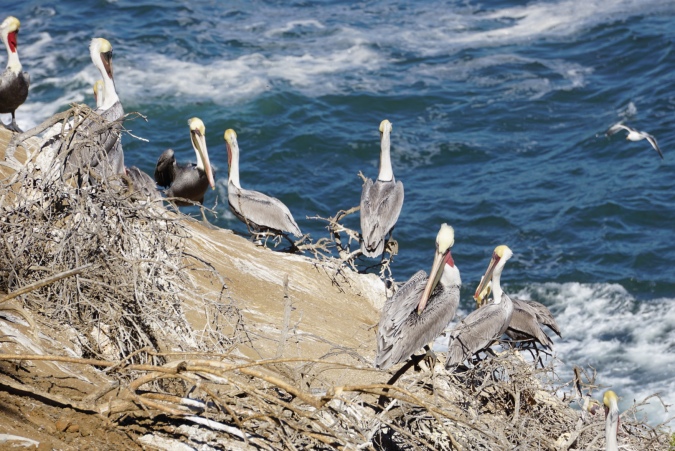 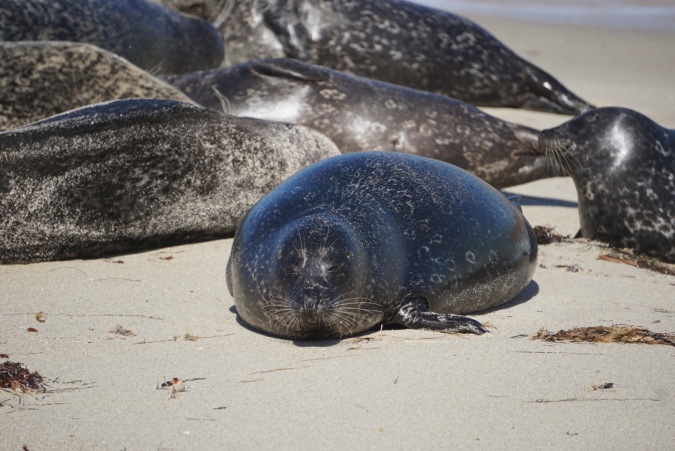 What we did yesterday

A great feature we saw on the bicycles and motorcycles was a surfboard carrying rack again cool for us surfers, I have ordered one for my bike already.
The road flattened out as it ran next to the railway through Solana Beach, Cardiff by the Sea (no really) and Encinitas. We had a sandwich stop, they were huge things with about an inch and a half of filling. 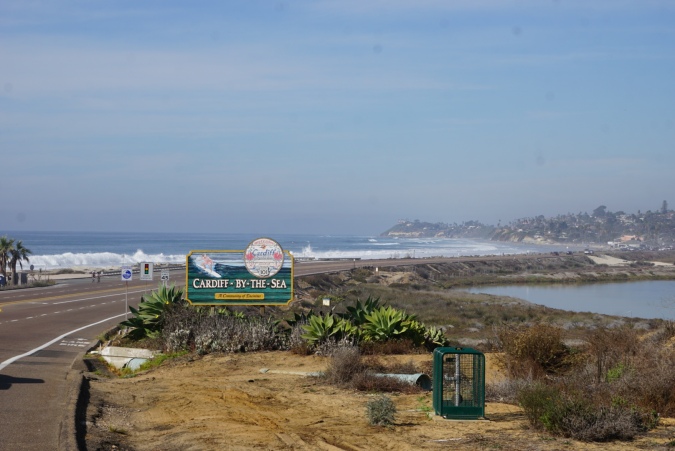 With only the final section left, which passed quickly, into Carlsbad where our host Steve, Erin, Aliyah and Melissa lived. We were warmly greeted and shown the room we could stay in. Later we had a fantastic meal with the family and a glass of very nice wine, a huge thank you.

Steve had taken the 2 dogs towards San Diego to find one of the few beaches you can take a dog onto around here, in fact they have very strict rules, no smoking, no alcohol, no disruptive behaviour, no bottles etc. It does work, all the beaches so far have been pristine and lovely, not a single piece of litter anywhere.

In the garden we saw hummingbirds , a photograph to follow hopefully.

Finally asking about helmets (you need one to cycle through the naval base on the next stretch) we were given 2 by Steve, we will thrift shop them after so they will not go to waste. Again many thanks.

A llttle conversation later and we retired for the night looking forward to a nice relaxing day tomorrow.

One thought on “Day 102 Surfing to Carlsbad”