With only a short day in prospect Janet moved very slowly this morning despite several prods with a pointy stick. Once the Continental breakfast was finished we were off like two speeding bullets.

The bullets proved to be duds so we followed Highway 86 at a very sedate pace. This went south out of Brawley giving 14 miles of flat riding.

Our route out followed perfectly ploughed fields, fields full of Alfalfa and just random fields full of stuff (unknown plants) until we got to the outskirts of Imperial (the town before El Centro) where houses and stores then started.

When we entered El Centro our first port of call was the cycle shop to get the inner tubes, what a very poor shop, it had almost no stock at all. However they did know where Brian our warmshowers host for the night lived. 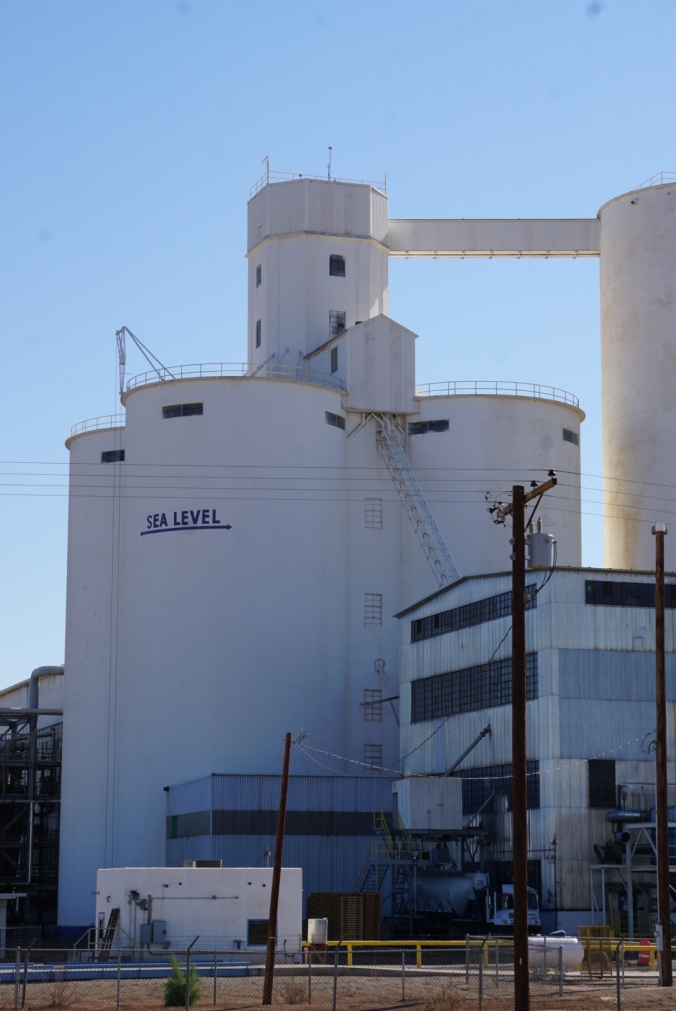 This is how far below sea level we are

A short cycle later and we were there being welcomed into Brian’s house,  we were sleeping in the spare room. By now we were very hungry so after a shower we went in search of food, we found Sizzlers and their all you can eat salad bar (it is a lot more than just salad though, there is a full 3 course meal to go at) it was very nice indeed, just what was needed.

Then it was back on the trail for Presta inner tubes, first Target, no then Walmart no and that was it no tubes. Back we went to the house and fixed the old tube with yet another patch.

A good general chat about stuff with Brian, who made a couple of suggestions about some alternative routes to follow which look very good indeed, thank you.

Around this time Thomas a young man from Ireland arrived, he had been cycling for 2 days out from San Diego and will be following the Southern Tier in its entirety for the next 6 weeks. We shared what we knew about the route and he did the same (always worthwhile).

As is usual it was an early night for us. Day 92 all gone.