It felt very cold this morning when we awoke, but there was no frost, one of those strange things (it is near haloween after all). We are cycling to the North Rim of Grand Canyon today, it is a 44 mile dead end road (yes it also means a 44 mile cycle back).

It started very steeply, in reality it was not steep at all but on cold legs anything other than a downhill feels steep. The road was a lot quieter now, only tourists would drive down here (there are still quite a few though).

The scenery was nice, continuing where we left off yesterday, mainly Ponderosa Pine trees with  the occasional meadow. Then it stopped, there had been a fire in 2006 here and all the Spruce and Pine had been destroyed. Remember checks and balances? for Aspen to grow the dominant Pine needs to be burnt down, Aspen propogate through their root system and shoots appear almost immediately after a fire, no fires means no Aspen forests. 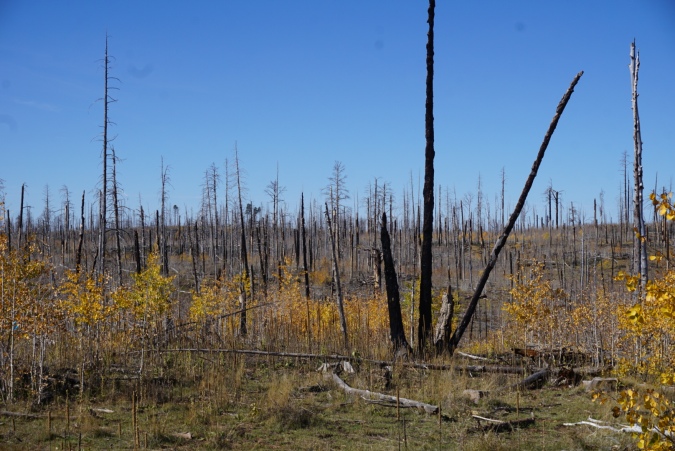 We saw a lovely Northern Goshawk seen only in a few places the Kaibab Plateau one of them, Janet saw a Kaibab Squirrel again (she was on wildlife duty today) and several Mule Deer.

A Northern Goshawk on a stick

At 24 miles (in the middle of nowhere) a gas station appears (along with a puff of smoke and thunderous applause from the crowd). A nice coffee and some fruit plus a donut also appeared and rapidly disappeared. We met another 2 cyclists here both visiting the parks the same as we had been.

A short distance and $30 park entrance fee paid,  then the final 14 miles to the campground. The site was full but the had special Hiker Biker sites just for us. The site is lovely, showers, launderette and a grocery / cafe. The tent spot overlooks Grand Canyon. 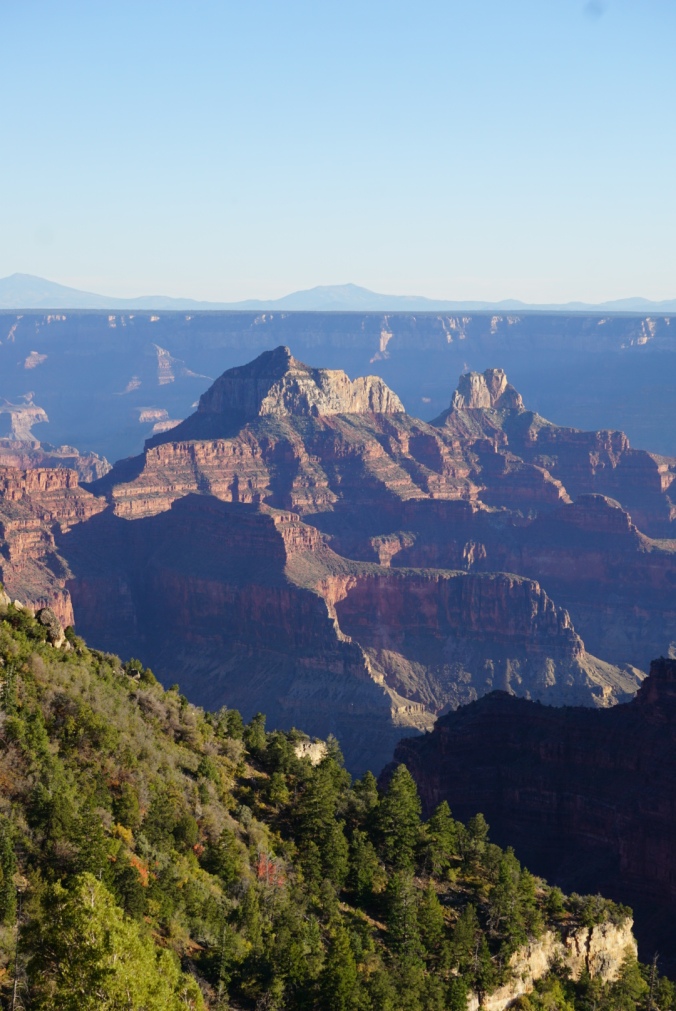 The Canyon just past the tent

There is an information centre down the road and it looks like we are off walking tomorow. Better still an all you can eat buffet.
The elusive Kaibab Squirrel overcame its shyness. 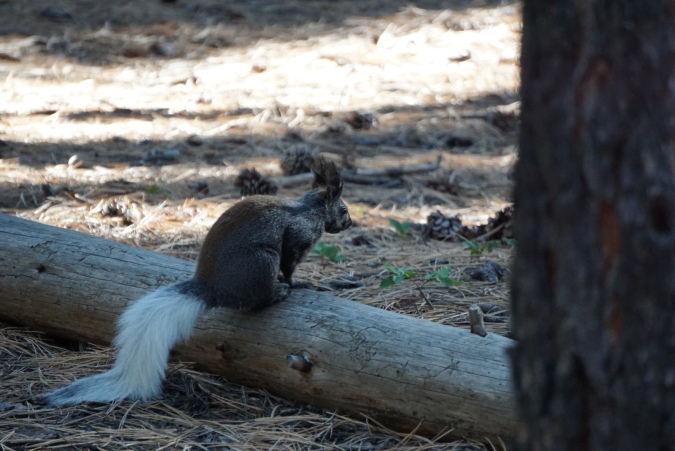 It is dark by 6.30 pm so the torches are being used in Earnest (he is not so happy about this) the shorter days make a big difference.